Nosa Duke Uwagboe
Petition is directed to
Deutscher Bundestag Petitionsausschuss
332 Supporters 90 in Germany
0% from 50.000 for quorum

We the Members of African Ancestral Spiritual Ministry(Great Queen Idia Eye's) here by vehemently condemn in the strongest terms the illegal actions of the Governor of Edo state Godwin Nogheghase Obaseki & the federal government of Nigeria in their continues effort to interfare and dictate in "Benin traditional matters,by sidelining and denying the Royal Palace of Benin & the people our rightful place to participate in the reparation effort of her artefacts.

Consequently,we here by request that the German government to transfer the proposed chunk of the Benin Royal Artifacts into the direct custody and supervision of the Royal Palace of Benin & the Benin traditional council,therefore the Benin Royal Museum as proposed by his Royal Majesty remains the most viable and transparent approach in an effort to preserve the integrity of the entire process of the proposed repatriation of the artefacts in concern and the realization of the Benin Royal museum would do justice to the Artefacts & Edo people Worldwide.

If the artefacts in concern are allowed to proceed from Germany and be handled via any third party other than the Royal palace of Benin and the Benin traditional council then this would undermine the integrity and credibility of the hard effort made by the German authority to repatriate these treasures to their ancestrial home whether under partial or full custody and management of Edo state government and the Federal government of Nigeria or any other third party.

His Royal Majesty Ọmọ N'oba N'Edo Uku akpolokpolor Ọba Ewuare II, Oba of Benin being the sole Custodian of Ancient Benin culture,tradition and the paramount Ruler of Edo people worldwide,historically till date. traditional,spiritual and cultural treasures of this nature are placed under the full custody and management of His Royal Majesty Ọmọ N'oba N'Edo,Oba of Benin in an effort for these treasures to serve their very purpose.

The recent actions by Edo state government under the leadership of his Excellency Mr Godwin Nogheghase Obaseki to unveil his fictitious EMOWAA Pavillion in Benin city in collaboration with organs of federal government of Nigeria and state affiliated( NGOs)shortfall of international best practice.

This step was taken to legitimize his credibility while using the event to showcase his commitment to German authority,the general Nigeria and global audience a positive image of his readiness to receive the artefacts.

His action was a premeditated attempt to accelerate the release of the funds by German authority for his proposed Edo Museum of West African Arts (EMOWAA) project.

Any possible handling or management of these sacred treasures by the government of Edo state,the federal government of Nigeria or any other third party would potentially endanger the integrity and preservation of such a highly sensitive materials with a higher possibility of the artefacts falling unto the wrong hands via Edo state government officials and the Nigerian political establishment that is globally renowned for endemic bribery and corruption which has regressed the development of the Nigerian state and the continue placement of Nigeria as one of the most endemically corrupt countries in the world by renowned international think thanks.

There are elements within the top hierarchy of Edo state political establishment and their federal counterparts in ABUJA that are prepared to take advantage of the handling and transfer of these ancient Benin treasures for their personal gains,hence they consistently indulged in behaviour and activities that undermine full transparency by sidelining the Royal Palace of Benin from taking her rightful position in the effort,for the planning to handling and management of her intellectual property.

We believe that the lack of transparency in this process by the government of Edo state,the Federal government of Nigeria and their affiliated organizations is a big cause for concern and disturbing to members of African Ancestral Spiritual Ministry(Great Queen Idia Eye's).

When these artefacts was stolen by the British invasion in 1897,Nigeria & Edo State Government was not even existing.

For this simple reasons, we demand for the Oba Of Benin Kingdom and the traditional Council who is representing the Edo People Culturally and Spiritually should be the first Body to decide anything about the Stolen Artifacts.

Please Sign This Petition Base on the following Reasons.

1)The Stolen Artifacts are not just Art, they carry Ancient Ancestral Energies that is connected to the soul's of all Benin People Worldwide. When they are not respectfully returned to the Natural Owners the perfect way it should be, the spirit of our Ancestors will still not be happy and because we are also our Ancestors, our soul will still not be satisfied.

2)The Word "EMOWAA" is A lie to Benin People and mean nothing in our Language. If we are building a Mesuem, we should be naming it as Benin Royal Museum as a Hourno to the selfless sacrifice of our Ancestors/the vastness of their knowledge in Art at that point in time in human history.

3)the lack of transparency from the Nigeria Government and his representative Governor Godwin Nogheghase Obaseki has destroyed the little trust. Now we don't know what they might do with the Return Artifacts since they are not even ready to Ask the People what they really want.

4)It has come to the knowledge of African Ancestral Spiritual Ministry(Great Queen Idia Eye's) that "Legacy Restoration Trust" an (NGO) is linked to the executive Governor of Edo state "Mr Godwin Nogheghase Obaseki".

Prior to the registration of "Legacy Restoration Trust" by the Governor of Edo state Mr Godwin Nogheghase Obaseki, there was no consultation with the Royal Palace of Benin,the Benin traditional council & the people to that effect

Such effort undermines the moral credibility and the shared mutual trust among the parties involved in the repatriation effort.

In light of this revelation, we kindly request the government of Germany and other international key stakeholders involved in repatriation effort to disengage in discussion with the government of Edo state and the federal government of Nigeria on matters relating to the The Benin Royal Artifacts with the proposed EMOWAA project.

5)sign this petition because what is right is right and what is wrong is wrong. Thank you.

Thank you for your support, Nosa Duke Uwagboe from Melsungen
Question to the initiator
openpetition.de/!kxblg

who provides evidence, that all the artifacts were stolen ? Many German works of art were stolen after 1945, today nobody cares anymore. We should leave it at that.

How do we look if we steal?

This is our heritage! It belongs to us, people should not use their ulterior motive to disrupt the order of things

I feel deeply ashamed of the german government and the pitiful behaviour. The german people do know that these artefacts don't belong to germany and many of us want them to be given back.

The trust between the Oba and the people (OmonEdo) is one that has been established over a period in excess of a millennium; that “trust” cannot be impinged upon by “man”.

The Ironsmithing guild (The Aiho Igun Bekun) - now defunct - and adjoining my family house on Ibiwe Street, entrusts the finely made artifacts - and history - of Ibiwe to Omon Oba Akpolopolo Ewuare II, so who are you? [sic] 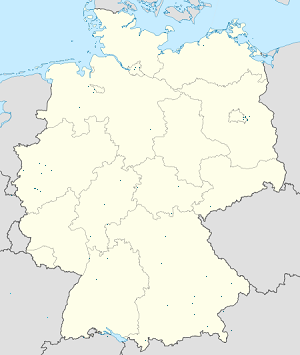 The data refers to 209 statements.