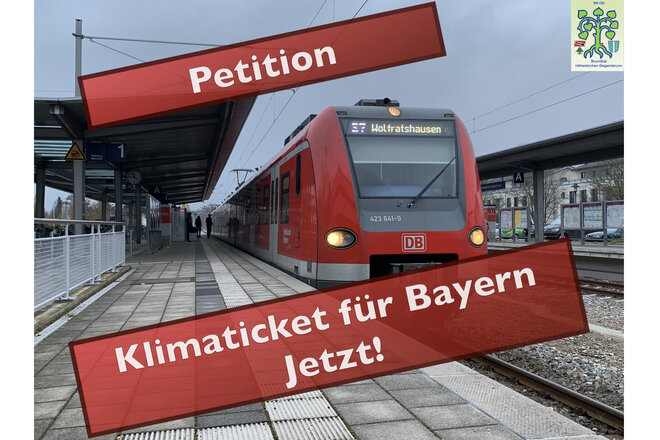 Gabriel Richter
Petition is directed to
Bayerischer Landtag
548 Supporters 491 in Bavaria
2% from 24.000 for quorum

The members of the local group of the Bund Naturschutz of Höhenkirchen-Siegertsbrunn and Brunnthal, would like to ask you for help at implementing a real political and significant historical change.

Our wish is to establish a climate ticket according to the Austrian model also in the state of Bavaria. This idea involves introducing a climate ticket for 1,095€ in Bavaria. The ticket would cost €3 per day for the whole state. Another alternative to the existing offers should be the small climate ticket. This could be a smaller annual ticket for €365 in the Bavarian regions, i.e. €1 per day. These Bavarian regions could be summarised as Upper Bavaria and Swabia; Lower Franconia, Upper Franconia and Middle which could form the Franconia region and the Upper Palatinate and Lower Bavaria taht would represent the third region. Each region mentioned here should cost €365.

With our proposal, it is also possible to combine regions, e.g. Lower Bavaria/Upper Palatinate and Upper Bavaria/Swabia for 700€.

This ticket represents a valuable contribution to the climate of our planet. It should make it possible to use all existing public transport services (public and private rail transport, city transport and transport associations) in a certain area for one year: regionally and throughout Bavaria. This ticket for all means of public transport offers a climate-friendly alternative to motorised individual transport and is suitable for achieving the goals of the Paris Climate Agreement.

We ask you to sign for this very important cause. The more people share our opinion, the more we can achieve and together create a real transport turnaround.

Thank you very much

This demand is important for all those who want to protect our climate and who like to use public transport for this purpose. In recent years, the car has become more and more discredited and petrol prices are also regularly becoming more expensive.

Proposed alternatives to the car are also only partially feasible, as there are many people who live in the countryside and sometimes have to work at times when there are no public transport connections. In addition to the major issue that public transport does not always work satisfactorily, many people are annoyed by overly expensive rail fares, which are being increased again this year.

With the Klimaticket Bayern, at least some hurdles fall. Motorised individual transport in the cities will be relieved because there will be more people using public transport. Thus, the Klimaticket can be an important contribution to reducing CO2 and the associated damage to our environment.

Thank you for your support, Gabriel Richter from Höhenkirchen-Siegertsbrunn
Question to the initiator
openpetition.de/!mznhh 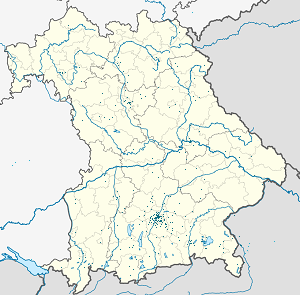