Petitioner not public
Petition is directed to
German Minister of Health Hermann Gröhe
5.305 Supporters
Petitioner did not submit the petition.

HPU is a metabolic disease which has been discovered a long time ago that causes a malfunction in the production of haem (/hem). Haem is a molecule bound to iron which is crucial for the functioning of many other proteins such as haemoglobin for oxygen transport. In people with porphyria (which is recognized as a disease in Germany), one enzyme of the haem production is impaired. In HPU affected, three to four steps of this biosynthesis are malfunctioning.

Therefore, vitamin B6, zink and sometimes manganese are excreted by the body at such high rates that it can't be balanced by any dietary adjustments. The absence of these substances affects many parts of the body. Vitamin B6 for example is involved to some extend in any process of the body.

Besides losing all these minerals and vitamins, the ability of the body to detoxify itself is reduced and (environmental) poisons and heavy metals accumulate, which leads to significant health issues. Porphyria as well as HPU are ususally genetic diseases but can be initiated by acute poisoning (heavy metals, vaccinations etc.) or by stress and infections.

People who are living with HPU are more likely to be affected by autoimmune diseases (like hashimoto, diabetes mellitus type 2, lupus and many more). Additionally, many suffer from allergies and histamine intolerance, celiac's disease, fructose or lactose intolerance.

Affected people must pay every examination, test and therapy by themselves. If they do not have enough money, the therapy is not possible, because the German health care system does not acknowledge the disease and therefore does not support affected in any way.

HPU affected often suffer through years of tests and treatments until they finally get their diagnosis. Doctors don't take them and their complaints seriously and are generally not informed about the disease.

Patients suffer from severe (chronic) fatigue, joint pain, depression, intolerances, headaches (migranes), liver malfunctions, severe eczema, reduced tolerance for stress, cardiovascular diseases, infertility, problems during pregnancy and giving birth, anemia, muscle pain, overweight (which can not be reduced by diets or physical activity) and many more. There may be a link between HPU in C´children and AD(H)S and aoutism, in severe cases there can be suicidal tendencies especially in children.

Quality of life is greately reduced and treatment of single symptoms generally does not bring any lon-term changes because the cause is not adressed. Inability to work is common and in some cases this can lead to financial crisis.

Up until this time, all tests and treatments as well as supplemets (high concentrations of Vitamin B6 and minerals) must be paid by the individual. This can be a serious a financial burden, as 200 Euro per month and even more is not unrealistic. Many patients are not able to spend that much money on their treatment over an extended period of time.

Because the detoxification of the body is impaired and toxines accumulate in the body very easily, HPU affected must watch out for (environmental) toxines in cosmetics, clothing, furniture, food or sometimes even air.

Thank you for your support
openpetition.de/!ncvyw 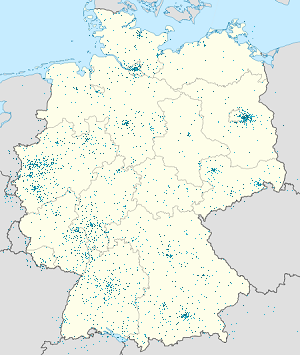