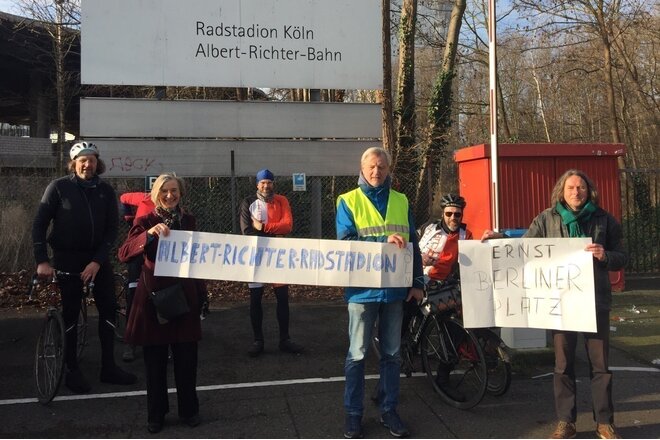 Petitioner not public
Petition is directed to
City Council of Cologne, District Council of Lindenthal
1,571 Supporters 807 in Cologne
The petition is accepted.

Both designations will then be handed over to the public and the sports community in a special ceremony at the start of the German Track Cycling Championships (24 to 28 August 2021).

The implementation will take place in two separate processes:

Reinhold Goss, Michael Hokkeler, Andreas Hupke and Roland Schüler have formed this initiative for this purpose.

A quarter of a century after only the track and not the stadium was named after Albert Richter, it is time to name the cycling stadium as such after him, just as it is time to honour Ernst Berliner by naming a square.

Due to the different responsibilities, the two steps described above will be followed.

Albert Richter, born in Cologne-Ehrenfeld, is a German and international cycling legend and world champion in the amateur track sprint. He did his cycling laps here in Müngersdorf in the twenties and thirties. Under National Socialism, he stood by his Jewish manager and steadfastly showed his stance. Finally, in 1939, he was picked up by the Nazis on the border to Switzerland and put in prison, where he died.

Ernst Berliner, Richter's fatherly friend and manager, was Jewish and fled the Nazis with his family via the Netherlands to the USA. Nevertheless, he returned to the country of the perpetrators once after the war to have the murder of Albert Richter solved and to rehabilitate his name, whose successes and his person as such the Nazis had also tried to eliminate from sports history.

Cologne's World Champion Turning professional soon after his Rome triumph, he raced primarily in France and Britain under Berliner’s management. He moved to Paris, learning French from watching movies, and went on to win the Grand Prix de Paris in 1934 and 1938 again. The French, impressed by his powerful, fluid riding style, called him “the German Eight Cylinder.” (english) http://www.tindonkey.com/2012/10/colognes-world-champion.html

About Albert Richter and Ernst Berliner at Wikipedia (english) https://en.wikipedia.org/wiki/Albert_Richter

The story is about Ernst Berliner, a Jewish trackcycling-manager from Cologne-Ehrenfeld, who after WWII, he survived hidden in Zaandam in the NL, tried to open a case about the death of his friend and pupil Albert Richter. (english) http://www.tigersprung-der-film.de/index_EN.html

The Hall-of-fame of the Deutsche Sporthilfe pays tribute to Albert Richter as follows: Cycling world champion and Nazi victim. As world champion in the amateur track sprint, Albert Richter was one of the most popular German athletes in the 1930s and was considered "anti-Nazi": he wore the jersey with the imperial eagle*, not the one with the swastika. (german) https://www.hall-of-fame-sport.de/mitglieder/detail/Albert-Richter/

The biography that set the ball rolling for the first ever naming: The forgotten world champion : the mysterious fate of Cologne cyclist Albert Richter. By the journalist Renate Franz, who meticulously illuminates the mysterious circumstances of Albert Richter's death, who was almost certainly a victim of the Gestapo, which would not allow a sportsman critical of the regime to leave for Switzerland shortly after the start of the war. (german) https://www.covadonga.de/pdf/pr341.pdf

By the way, the current cycling stadium will be converted into the NRW Cycling Centre after the German Championships in August. Completion is planned for 2024.

Thank you for your support
openpetition.de/!kdgqh 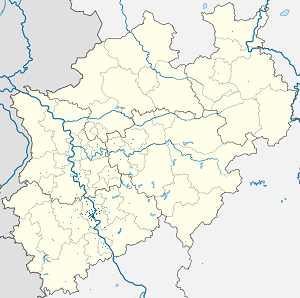