Shut down collective accommodation! Healthcare and legal protection for everyone!

While social distancing and staying at home is imperative right now, thousands of refugees in Germany have to live in collective centres. Due to cramped living conditions and common areas, sheltered people are at a high risk of getting infected with the corona virus. Also, the situation is making it tougher for refugees to get legal support. We call on the federal and state governments to act now and ensure that the health and legal rights of refugees remain protected!

On March 20th, the national councils of refugees, We'll Come United, and the national Medibüros/Medinetze made an urgent appeal to the federal and state governments. This appeal is supported by 25 other organisations and initiatives such as ‘Pro Asyl’ and ‘Seebrücke’.[1] Amongst other things, the appeal demands that the state immediately guarantee healthcare for everyone, shut down collective centres and suspend immediately the deportation of refugees. We fully support these and further demands.

We demand that the authorities guarantee the safety and health of all people!

Be it in registration centers, shared accommodation facilities, detention pending deportation or so-called centralized ‘Ankerzentren’, the spread of the COVID-19 epidemic for refugees in collective centres is only a question of time. There are already confirmed cases of the virus in refugee shelters all over Germany - with increasing numbers. The authorities have reacted with the forced quarantine of hundreds of people in cramped spaces, such as in Berlin, Geldersheim, Suhl and Munich. Reports from Munich indicate that suspected cases that had not been confirmed had to stay in the same room as infected people. Additionally, the residents of refugee shelters have no choice but to use shared bathrooms, toilets and kitchens, without sufficient means of disinfection. After ill-informed and frightened residents of the shelters in Suhl and Munich protested against the quarantine, they were faced with security and police officers using excessive force.

There is often no detailed information on COVID-19 available in multiple languages, nor disinfectant or other hygienic safety measures. This also leads to a heightened risk for the facility personnel, even though some of them also belong to the risk groups. Neither the staff nor the residents have a say in how to deal with the situation, not even about everyday things.

Since counselling centers are closed and access to lawyers is more difficult, it is now almost impossible for refugees to take legal action in time against rejected asylum applications or social benefit cutbacks. In light of closed borders and international travel warnings, it is absurd to conduct deportations. Nevertheless, no general ban on deportations has been implemented yet; instead, case-by-case decisions are being made. This leaves those affected in a precarious and uncertain situation. The same applies to the detention of pending deportees: People that currently can't be deported are still being detained without any legal basis. Those affected do not even have a means of opposition due to the lack of legal counsel.

Simultaneously, the recently implemented border controls and immigration stops at German borders and airports are leading to the rejection of people in need of protection. A humanitarian disaster is threatening to happen in the completely overcrowded camps on the Greek islands and the land border to Turkey. The corona crisis shouldn't be a reason to stop immigration programs: The Geneva Refugee Convention as well as the European Convention on Human Rights remain legally binding, and are especially relevant during crises!

What else can you do for the implementation of legal rights for refugees in Germany?

Donate to the national councils of refugees (www.fluechtlingsrat.de), Medibüros and Medinetze (z.B. medibuero.de), We’ll Come United (www.welcome-united.org), Women in Exile (www.women-in-exile.net) or other advocacy or self-organized groups for refugees in your region.

Thank you for your support, CoronaSoli - Netzwerk Geflüchtete Berlin from Berlin
Question to the initiator
openpetition.de/!protection4every1eng

Here you can upload signed forms as supporters of the petition. 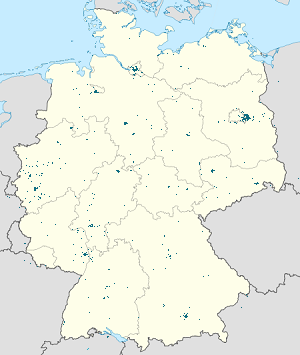 The data refers to 55 statements.