Call for dissociation from Prof. Hans Neuhoff's political commitment to the "AfD"

Petitioner not public
Petition is directed to
Public
326 Supporters
Petitioner did not submit the petition.

We, students at the HfMT Cologne, would like to draw the public's attention, and especially the student body, to the fact that with Prof. Dr. Hans Neuhoff a teacher at our university is actively involved in politics of the AfD.

Hereby we want to clarify that we distance ourselves from Mr. Neuhoff's political work.

We feel connected to values that are incompatible with the politics of the AfD. We call on all students of the university to support the following statement with their signature.

We ask students at the HfMT to select "I am directly affected" when signing.

In the 2020 local elections in North Rhine-Westphalia, Prof. Dr. Hans Neuhoff drafted into the Bonn City Council as the top candidate of the AfD. In future, a professor at the Cologne University of Music and Dance will hold a mandate for a right-wing populist, nationalist party. As head of the State Program Commission of North Rhine-Westphalia and a member of the Federal Program Commission, he is also jointly responsible for the party's programmatic orientation.

The politics Mr. Neuhoff represents are in stark contrast to the values and convictions that we consider fundamental for positive cooperation at our university. With his professorship he represents our university externally and benefits from his academic reputation in the election campaign as well. We do not feel politically represented by him.

Mr. Neuhoff is in favor of a German “leading culture” to which other cultures should subordinate themselves. There are also positions in NRW's local election program that substantiate this idea. For example, warnings are given against a deterioration in the quality of teaching through the integration of children from immigrant families. Examples like this make clear that such a “leading culture” leads to the exclusion of certain groups of people.

The stirring up of fears of Islam, the denial of man-made climate change and the allegation of a media conspiracy are also anchored in the local election program for NRW. This forms the basis for Neuhoff's election campaign in Bonn and his future work in the city council.

The AfD has radicalized in recent years. Leading AfD politicians stand out more and more frequently through inhumane remarks. By tolerating these attitudes instead of clearly demarcating themselves from them, the AfD supports right-wing extremist ideas. Anyone who is involved in this party today is not advocating a Eurosceptic national-conservative project, but contributing to the normalization of right-wing extremist attitudes that attack the principles of our free society.

For the AfD, the encounter between different cultures basically means conflict. In contrast, we students experience the encounter between cultures as an enrichment. Artistic work has always been shaped by exchange. The growing breadth of artistic expression that we know today benefits from mutual influence across all cultural, national and religious borders.

"Active participation of all people in music and dance" and "diversity of members as the basis for an inspiring exchange" are also firmly anchored in the mission statement of the HfMT Cologne. In the Code of Conduct, this is reinforced by the requirement, not just passively, but to actively "take responsibility for a non-discriminatory culture." "Sensitivity to any form of devaluation, exclusion or marginalization of people" is clearly demanded here.

As a university with an international reputation, the diversity of our students is one of our most important strengths. A dominant culture according to the AfD's conception on the other hand, cannot add anything to the wealth of artistic expression, it can only limit it.

For a future worth living in, we want cultural togetherness on an equal footing - without discrimination based on origin, language, physical or mental handicap, social status, gender, sexual orientation or religious affiliation.

As students at the HfMT Cologne, we therefore distance ourselves decidedly from Mr. Neuhoff's political involvement in the AfD and its positions.

Thank you for your support
openpetition.de/!jjnph 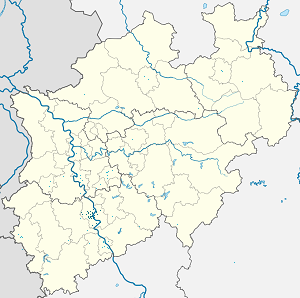