Changing the restrictions for the skydiving club Hannover/Meido - Just skydive

Petitioner not public
Petition is directed to
Bürgermeister Dirk Oelmann
913 Supporters 117 in Winsen an der Aller
Petitioner did not submit the petition.

The ugrade of the region Winsen(Aller), the raise of attraction as a leisure spot, maintaining the tourism based of the skydiving, reduction of flight movements and noise.

Not in Winsen(Aller) if it is for the small club "club against aircraft noise".

The skydiving club hannover wants to use bigger airplanes in the future to reduce the number of starts and landing (big planes carry more people). Therefore we need to shift the special landing of today into a normal airfield, which is only for the skydiving planes.

The request to do so was already made. Also we would like to remove the restrictions of the flighttimes. Those restrictions are not contemporary anymore, because of the reduction of aircraft noise.

Today we are allowed to fly from the 15.3 to 31.10 every year, from 9am to 1pm and from 3pm to 7.30pm. To be more flexible, we would like to remove those restrictions and fly from 8.30am to 9pm. The number of flights will be reduced and over a larger timespan, resulting in less aircraft noise.

The skydiving club Hannover was founded in the 1970s. Since then the sport is totally established in the region. The place of the dropzone attracted a lot of tourists to the towns Meißendorf and Winsen(Aller).

In the past years a lot of measurements were taken to reduce the aircraft noise. The club uses a small Cessna 206 Soloy with a turbine engine. Turbines emmit the least noise of all aircraft engines. Also the club invested in a 5-blade propellor for over 25.000€ which is more silent than its predecessor. The club trys alot to reduce noise.

Please support us, the club, the skydivers, the exited local residents and supporters of the skydiving club, the affected campsites, restaurants etc. We would like to perform our sport with passion and excitement and adjust and improve the general conditions meaningful for the surroundings.

Every skydiver at the dropzone strongly identifies with the club and the area. Fight against wrong insinuations and false claims, which are of no use for anybody. Suport us with you signature so that we can perform our sport at better conditions for our surroundings and the enviroment.

Thank you for your support
openpetition.de/!nnmxx 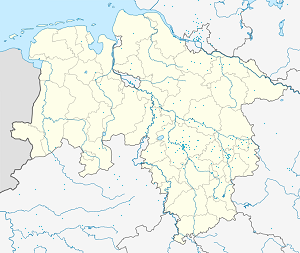