Pass the self-determination bill into law...now!

Petitioner not public
Petition is directed to
Petitionsausschuss
1.070 Supporters 1.015 in Germany
Petition recipient did not respond.

Note: The English text deviates somewhat from the German text in that it contains more background information and (in the “Reasons” section) a substantial reordering of content. The German text is the authoritative version. The German original is by Dorothea Z., while the English elaboration is by Claire B.

We are asking the members of the German federal parliament (Bundestag) to approve the draft self-determination bill (German: Bundestags-Drucksache 18/12179 - link: www.dipbt.bundestag.de/doc/btd/18/121/1812179.pdf), subject to the amendments proposed by the Trans Alliance Project and other groups, as listed below.

We strongly urge the Bundestag to adopt the following important amendments:

A. Name of the law: ... Gender identity / gender or sex ... Instead of “self-determination of gender identity,” use “self determination of sex/gender (German: Geschlecht),” as in the Stuttgart Declaration (Original at die-erklaerung.de/, English translation at transallianceproject.files.wordpress.com/2016/02/stuttgart-translation-v10b.pdf). The word “identity” has, for certain people in the community, negative connotations insofar as it represents a qualification on the word “Geschlecht” (meaning sex and/or gender). According to this argument, the formulation “Geschlecht” is clearer and less qualified than “Geschlechtsidentität.” If the law were to adopt “Geschlecht” as its terminology, it would lose no meaning.

Translator's note: Where possible, I am using “sex/gender” to refer to the German word “Geschlecht,” which encompasses both “sex” and “gender” in their English-language meanings.

B. Add to §6 the sentence, “This will also be guaranteed by the SGB-V” (social code or welfare law). There is concern that insurance companies would see the legal recognition of sex or gender decoupled from medical transition, and would use this as a ground to deny medical care to transitioners. This amendment is meant to forestall that possibility, keeping in mind that specific improvements to the SGB will be the subject of another law.

D. With respect to intersex genital mutilation (IGM) for newborns, children, and adolescents, we advise adding a separate paragraph (or bill) to ban IGM in situations that are not life-threatening. At a minimum, we advise appending a clear condemnation of IGM to the text of the bill.

While IGM should be banned in Germany since it is nonconsensual and not necessary, we understand that it is a separate matter from changing one's name and gender designation. If possible, we favor a more comprehensive law banning these practices.

E. Within §2 (1) ... The requirement for young transitioners to obtain psychiatric approval for their transition should be changed into a non-binding recommendation to seek therapy. This is to avoid compelling young transitioners to participate in unwanted therapy, which is often meant to dissuade the person from transitioning or expressing “gender non-conforming” behaviors. Instead, we favor expansions in trans-affirming counseling opportunities for both young people and adults, with a focus on allowing people to live full, authentic lives.

At this site (www.t1p.de/sbstg) I [Dorothea] will answer any questions and make any elaborations, since once this petition is published, I cannot make any more changes.

Thank you for your support
openpetition.de/!zgzwl 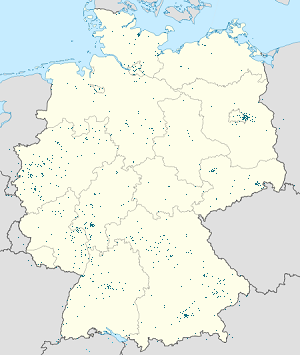