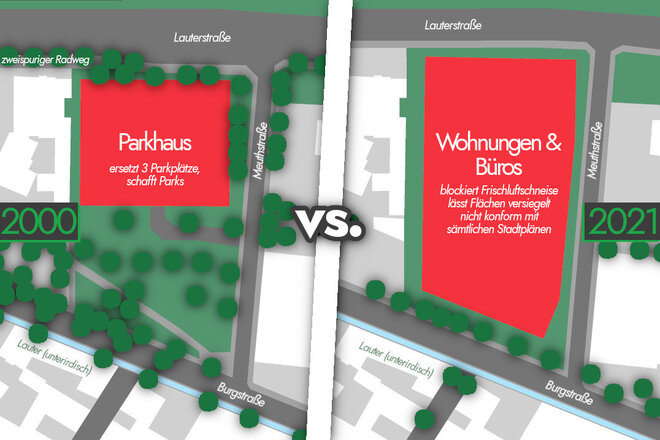 Marta Laatsch
Petition is directed to
Kaiserslautern city council
711 Supporters 480 in Kaiserslautern
Petitioner did not submit the petition.

Stop the construction of a parking lot on Meuthstraße!

On June 7th, the city council plans to vote for a consequential construction project. As of now, the only parties speaking out against this shortsighted plan of investor Ritter's are Alliance 90/the Greens and the Left.

That is why the only solution is unsealing surfaces, adding green space, and upgrading.

We want a livable city!

Kaiserslautern is a beautiful city, that's not even a question. At a minimum it stays that way. But even Kaiserslautern can become even prettier.

An example is the development plan from 1995, which calls for a parking garage on Parkplatz Meuthstraße that would create enough parking spaces to turn not only this parking lot but also the two to the west into parks or greenspace.

To the north, there should be a biking path protected by trees, and to the south, the Lauter river could be re-opened, which would make not only the area but the entire city markedly more attractive.

The fresh wind from the Kaiserberg would would be further cooled by the trees and the air quality would be improved, so that we could deal with a warming climate and heat-related deaths would decrease - or at least not increase.

The investor and the city council want exactly this: more heat-related deaths!

They're planning to build a five to seven story building, which would cover nearly the entire parking surface. Among other things, they want to build furnished rooms for businesspeople and travelers to rent in the short-term. Additionally, they want to create business premises. As far as we know, there is no fair or social plan for what to do with the leftover rooms.

In clear language, this means:

That is why we support:

Thank you for your support, Marta Laatsch from Kaiserslautern
Question to the initiator
openpetition.de/!zwtss 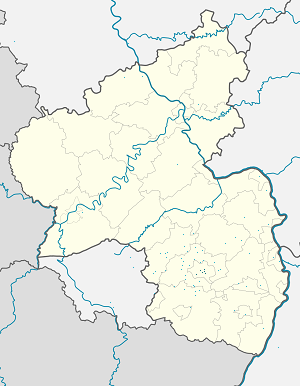