The Statue of Peace must stay!

"The Statue of Peace must stay - against colonial oppression and ongoing attempts to silence us!"

The Statue of Peace must stay, so that sexual violence in the context of colonialism is not further swept under the rug in favor of the perpetrators! To achieve this, we want to collect signatures from our community of Berlin with the campaign to preserve the Statue of Peace. Our positioning out of Germany must not reproduce a violent silencing!

During the Asia-Pacific War from 1931 to 1945, Japan abducts an estimated 200,000 girls and young women from several countries. They are forced into sexual slavery on all fronts of the war. After the war ends, Japanese soldiers murder the so-called "comfort women" or abandon them in war zones. Japan continues to keep silent about these crimes.

In the early 1990s, the silence was broken: Survivors turn to the public. They demand that the Japanese government admits to its crimes, issue a government apology, and pay rightful compensation. Human rights organizations, such as the UN, name Japanese military slavery as a war crime and crime against humanity, and urge Japan to comply and fulfill these demands. Japan has officially acknowledged its guilt since 1993, but refuses to address the crime publicly or even in schools.

On December 28, 2015, the South Korean and Japanese governments agree on the "comfort women" accord. This takes place without the consent or involvement of survivors and does not reflect the demands of the international community. With the agreement, Japan and Korea declare the issue "finally and irrevocably" resolved.

We at the AG “Trostfrauen” (Action Group “Comfort Women”) in the Korea Verband seek affirmation from international human rights organizations and civil society that reaching a just settlement on the "comfort women issue" is a collective task for humanity. Together with the international community, we are working to immediately restore the human rights of victims and banish violence against women, including sexual slavery in armed conflicts and systematic rape worldwide.

The Statue of Peace sets a monument - not only to the history of "comfort women," but to the many anti-colonial and continuing struggles of FLINTA*(women, lesbian, intersex, non-binary, trans and agender persons) against sexualized violence, femicide and the silencing of these issues worldwide. This is proven again and again when the Statue of Peace is chosen as a gathering place for BIPOCS (Black, Indigenous, People of Colors) in Berlin to give voice to anti-racist and post-migrant communities. The statue has long become a decolonial monument to the neighborhood. It is indispensable for a democratic policy of remembrance in public space!

Thank you for your support, Korea Verband e.V. from Berlin
Question to the initiator
openpetition.de/!statueofpeace

It is a war crime against women, which is still going on in Ukraine.

It is absolutely gross. I DO NOT ACCEPT

These female WW2 victims, forced into prostitution by Japan, must be honoured and remembered! My parents and their families were victims of that war in Asia.

The ‘comfort women’ issue represents a historical injustice that should redress and remedy, and never be forgotten. I hope that global attention continues to be paid to the 'comfort women' issue. In order to shed more light on this matter, global effort to raise greater public awareness is needed, with respect to acknowledgement of the need to protect and uphold the women’s right, including those who still remain unheard and unanswered. 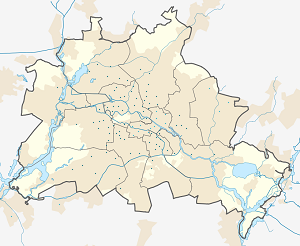 The data refers to 128 statements.