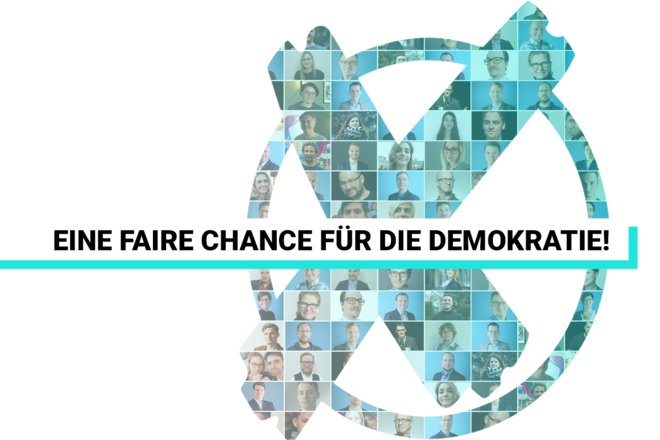 A fair admission procedure for the Bundestag elections despite Corona: Digital instead of health-end

Petitioner not public
Petition is directed to
German Bundestag Committee on Petitions
3,581 Supporters 3,557 in Germany
Petitioner did not submit the petition.

Our current electoral law puts small parties at a disadvantage in times of crisis. If they are not represented in the Bundestag, they have to collect about 30,000 signatures in order to be able to take part in the Bundestag elections nationwide - but handwritten on paper!

A dangerous procedure in Corona times: From experience, it takes at least five interviews for a signature. This means that each small party must speak to roughly 150,000 people in person.

Small parties are therefore now faced with the decision: Endanger the health of the supporters and their collecting members or not participate in elections. An indictment of our democracy!

Therefore join our petition: Digital signatures instead of health-endangering paperwork.

All parties that have not been represented in the Bundestag so far must collect signatures in order to be admitted to the next election. This means: A party like the Humanists, the Pirates or Volt must collect exactly 29,678 signatures within one year in order to be printed on the ballot paper nationwide. This makes it difficult for all of us to bring a breath of fresh air into the Bundestag.

And yet it makes sense in principle. Because: ballot papers should not be metres long. And signatures of supporters guarantee that only those parties will take part that have at least a small amount of popular support in advance.

But to prove the population's interest in a small party must not fail because of outdated formalities!

Experience has shown that a small party has to address more than five people on average to convince a single supporter. For the necessary 29,678 signatures, each small party must therefore reach 150,000 people. That is almost 3,000 calls per weekend within a year. Even without Corona, this is a considerable feat of strength for the honorary party members. But who wants to engage in a lively personal conversation with a campaigner behind a face mask in Corona times? Filling out forms in the pedestrian zone? Hard to imagine in times of "social distancing".

Small parties therefore do not reach their supporters now.

So far, it is already possible to print out a form on the home computer, fill it out, sign it and send it by post to the Federal Election Commissioner. But it is also clear that this is simply no longer appropriate at a time when we can conclude sales contracts with a glance at our smartphone.

That's why Germany needs a modern, digital alternative to collecting signatures in marketplaces!

Other countries are showing the way: For example, Denmark has been enabling parties to collect supporters' signatures digitally since 2016. Digital support - this has long been common practice in Germany as well. With online petitions a quite normal and since years lived process, which is uncomplicatedly possible in the Internet. The Petitions Committee of the Bundestag also offers an official petition website where supporters of a petition can cast their votes digitally. Digital signatures are technically possible - and should therefore also be permitted for support for participation in the German federal elections.

2 Provide infrastructure: Small parties need a platform on which they can collect signatures from supporters in a data protection-compliant manner and submit them to the Federal Election Commissioner.

3 Decision now: The election dates are getting closer - both the Bundestag elections and many state elections are scheduled for 2021. The collection of signatures for the federal elections will start as early as the beginning of July 2020, so we need a quick adjustment.

What you get out of it.

No restriction in your choice!

It should be the citizens' decision who goes on the ballot, not a decision of outdated analogue processes!

Why else would you support this petition?

Thank you for your support
openpetition.de/!kvnjm 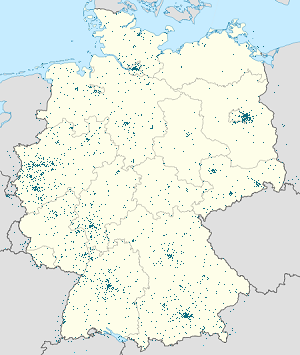