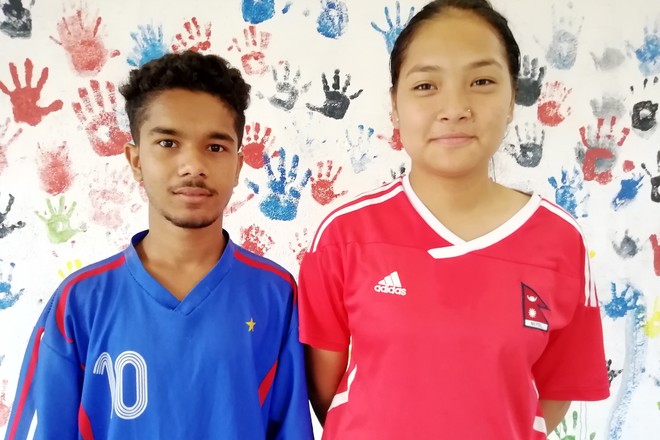 Petitioner not public
Petition is directed to
Government
1,121 Supporters
Petition has contributed to the success

In spite of all documents which indicate clearly that Samjhana Pun and Prakash Khatiwada have be admitted to an international class in Marbach am Neckar, the two Nepalese students are not allowed to travel to Germany.

We demand that Samjhana Pun and Prakash Khatiwada be permitted to fly to Germany to join the international 10 class at the Friedrich Schiller Gymnasium in Marbach am Neckar (Baden Württemberg) for one year.

Last school year (September 2018 till August 2019) we started a programme where two of our Nepalese boys could attend the international 10 class of the Friedrich Schiller Gymnasium in Marbach am Neckar (Baden Württemberg).

Encouraged by the school we wanted to continue this programme in the school year 2019/20 by this time sending a boy and a girl, Prakash Khatiwada and Samjhana Pun – the two top students of both our organisation and their Nepalese English Intermediate School. The German Embassy had given them a student visa for this school year.

As they are still minors we had made arrangements for them to fly from Kathmandu to Germany with a German family that is closely related to our organisation.

To our big surprise the children were not allowed to travel with this family. The family was accused of „doing illegal things”.

The two students were taken to the security police station in the immigration office, where we also went. We showed them all their documents which indicated clearly that they had been admitted to this international 10 class in Germany - without success.

To make a long story short, we were sent from one office to another, but in none of them was an official who had the authority to solve our case. And so Samjhana and Prakash are still not allowed to fly to Germany.

We do not understand why we were constantly given new and often contradicting information that did not prove valid.

We have the feeling that as this mistake by an official cannot be admitted we are sent around to different offices that have no competence.

We have the feeling that this is a tactic to demoralise us and deprive two very sincere, honest and hard working Nepalese students.

With your signature you support our urgent request to let Samjhana Pun und Prakash Khatiwada travel to Germany immediately to attend this international 10 class.

Thank you for your support
openpetition.de/!grrwm The data refers to 42 statements.