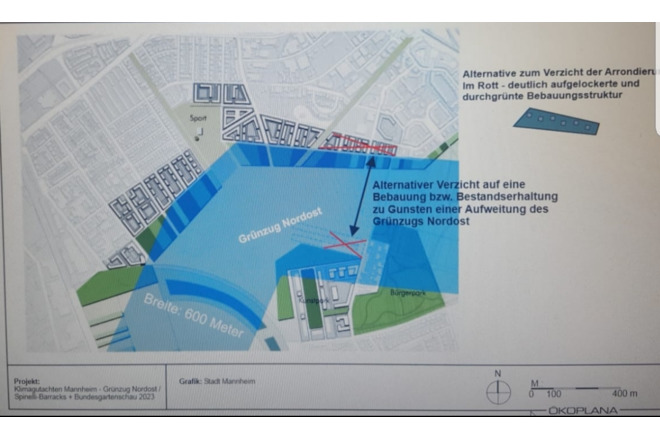 Petitioner not public
Petition is directed to
Petition committee of the parliament Baden-Wuerttemberg
916 Supporters
Petitioner did not submit the petition.

The citizens' initiative Lebenswertes Feudenheim demands: Creating an effective fresh air corridor for Mannheim by demolishing the so called U- hall and by abandoning high-rise buildings with barrier effect and high friction resistance and abstention of a central depot

Mannheim's city center and some parts of the city are already considered so-called heat islands. If one thinks of the development in Japan with forecasts about the future uninhabitability of the big cities there due to insufficient ventilation due to mistakes of the city planning, the current construction projects of the city administration get a high explosiveness! Responsible politics should be based on sustainability and ecological viability and be geared to ensuring that people will still find a livable home in Mannheim in a few decades. With more trees, green areas and, above all, wide green areas that are able to provide enough space to produce cold air and stimulate corridor development, transporting fresh air to the neighboring districts and the city center!

The following key points from the "Model Spatial Order" (MRO) of the working group "Mannheim 2000" also formulated the strategy for Mannheim's administration and city politics in 1992: The analysis of the general conditions of future settlement development shows that any further use of open spaces for settlement purposes [...] is associated with considerable problems and in some cases triggers only difficult-to-resolve conflicting goals [..]. The greater concentration on the internal development [...] causes in part considerable conflicts of use, such as also with the conversion of the largest part of the military areas above all between structural uses (living, trade) and free space claims. Thus, the compaction [...] is opposed to the effort to create better ecological conditions by greening and "unsealing" surfaces that are freed up instead of their new buildings. [...] In order to preserve the natural foundations of life and to ensure the quality of life and environment of the population living in Mannheim, it is necessary to further develop and secure the independent, self-contained open space system with statements about taboo areas for any structural use. With all this, the quality of life of our city, the identification of the citizens with their habitat stands in the foreground ...

At the moment we are examining which free space radials in Mannheim from the climate assessment Ökoplana of 5.7.2010 are really still free. We will inform you under "News" and on our homepage https://www.feudenheim.info

Here is an example of Spinelli's conversion area: In times of climate change, air pollution and overheating, Mannheim would have the unique opportunity to preserve and design fresh air corridors through forward-looking urban planning.

Both in the "German adaptation strategy to the climate change" (DAS, 2008) of the federation, as in "adaptation to the climate change recommendations and measures of the cities" (German city day, 2012) was received as a priority measure "receipt and extension of fresh air aisles and Green areas "recommended. In the past Mannheim has already sacrificed the implementation of these recommendations of particular interests (Sandhofen business park, SAP Arena, Kurpfalzzentrum, etc.) in order to maintain the healthy habitability of the city.

With the Town Planning Framework V483 / 2018 of the vacated military site Spinelli, which was approved by the Mannheim Municipal Council on 23.10.2018, the city of Mannheim is once again sacrificing the efficient expansion of the air duct by preserving the barrier-like underground hall and a much too high (up to 10-storey) and compacted new building (see also climate report Ökoplana from 25.10.2013) https://www.mannheim.de/sites/default/files/page/74450/klimagutachten_gruenzug_nordost.pdf The developments planned at the old measuring station and the bank of the Neckar are also catastrophic for experts from a bioclimatic point of view (see Mannheimer Morgen of 9.11.18) https://www.morgenweb.de/mannheimer-morgen_artikel,-mannheim-hier-wird-ein- teil-der- identitaet-mannheim-destroyed-_arid, 1348304.html

Climate assessor Burst concludes on page 36 of his expert opinion of 2017 as follows: "With the construction of Käfertal-Süd, new housing areas are also being created in a bioclimatic favored location without creating a significant additional burden on the existing development". An "improvement in the climate" will therefore only be experienced by those who are moving into the fresh air corridor. For everyone else, development means deterioration. This is also what Mannheimer Morgen writes. It is quite astonishing that, contrary to the recommendation of the climatic expert (maximum of 3 storeys), the city actually planned 10 floors. Our knowledge is that Prof. Norra should make an opinion on the basis of a 3-D model. This will probably be done in 2019. By approving the master plan at the present time and according to the current state of knowledge, the development project is cemented (before). But it is also clear that the climatic development is indifferent, or at least subordinated, to all those who agree.

https://www.mannheim.de/sites/default/files/2017-11/20170531_Klimagutachten%20Grünzug%20Nordost_IV_Variant_test_Vorentwurf_0.pdf According to the Praxisratgeber Militärkonversion (bmvbs, June 2013), it would have been quite easy to create a green space here, since you do not have to "secure" yourself through lavish construction projects and development plans. The buildings have lost their grandfather protection with the deve- lopment (as a military area). That would have to be rebuilt by the Bima. Mannheim could have had a better green corridor here for free.

Why even in times of climate change do you have to squander the valuable resource soil just to enrich it? Farmland / green area with a price per square meter of about 50 € or building land to 600 €? Instead of doing what was urgently required: To ensure real climate improvement in large parts of Mannheim!

In this context, we once again refer to the Spinelli Climate Assessment by Ökoplana on 25.10.2013. Already at that time on page 11 on the increased heat load of Mannheim by global warming pointed out: Mannheim lies with 35.1 to 37.5 days with heat load in the year (those are days on which the human organism can not process the heat without health risk) already at the top in Baden-Württemberg, in the period from 2025 to 2055, 11 to 15 additional hot days (over 30 degrees) and with 25 to 30 additional summer days (over 25 degrees) can be expected. At present, however, it is assumed that the future global warming in general and the climatic conditions in Mannheim will be significantly more dramatic in particular due to the development since 2013.

Many thanks for your support, Wolfgang and Heike Reiser (citizens' initiative Lebenswertes Feudenheim) from Mannheim

Thank you for your support
openpetition.de/!ynyhb 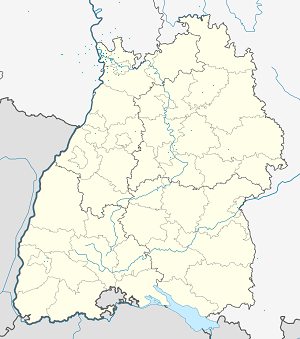