Save the Bockau Arch Bridge and Rechenhaus Restaurant near Aue (Saxony), Germany

Petitioner not public
Petition is directed to
Landrat Frank Vogel
89 Supporters 71 in Sachsen
Petitioner did not submit the petition.

The Bockau Arch Bridge (known in German as the Rechenhausbrücke) is a five-span stone arch bridge constructed of natural stone from the Ore Mountain region. Built in 1872, it spans the Zwickau Mulde River and the Rails-to-Trails bike route Aue-Blauenthal, carrying B 283, connecting Bockau and Albernau (Zschorlau District). The bridge is located six kilometers west of Aue in the German state of Saxony. It continued to serve traffic until its closure on 28 August, 2017. The bridge is currently being replaced on a new alignment by a concrete structure which will be opened in November 2019. The old stone arch bridge is scheduled to be removed prior to the date of completion of the new bridge. As a result, a petition to save and restore the Bockau Arch Bridge has been created to stress the importance of saving this historic crossing and reusing it as a key pedestrian and bicycle crossing.

The Bockau Arch Bridge is one of a few historic landmarks in the Ore Mountain (Erzgebirge) Region that is connected with both mining and military history. It goes as far back as 1559, when a wooden bridge was built, as part of the dam and lock complex, used to transport minerals mined to Schlema. Its current structure was built in 1872 and is made of natural stone mined nearby. It took approximately a full year with lots of man- and horsepower to construct a five-span stone arch bridge that connected Bockau with Albernau and Zschorlau on the opposite side. A local restaurant with the name Rechenhaus was the site of the dam and lock complex and headwaters plant, which were built between 1556 and 1559. The flow of the water was ideal for transporting mined minerals and other materials downstream, and workers constructed several canals in the mountain region over the next 90 years. Even the headwaters plant was once a mill before it eventually became the barracks for the 11th Panzer Division of the German Army during World War II. After the war, it was converted into a restaurant called Gasthof Rechenhaus, which is still in service to this day.

In an attempt to slow down the progress of advancing soldiers from the east, the 11th Panzer Division was ordered to detonate the bridge in April 1945. This is the same tank division of the German army that had fought (and lost) at Stalingrad, Kursk and the Battle of the Bulge before retreating towards Germany. Yet a brave unknown soldier did the unthinkable and relocated the bombs to a temporary bridge in Zwickau before blowing that bridge up. This allowed for the Soviets and Americans to easily cross the bridge in Bockau with their tanks with ease while setting the people free in the process. The 11th Panzer surrendered in Passau on 2 May, 1945, six days before Germany capitulated. The same bridge was used again 23 years later, as soldiers from the Warsaw Pact armies, consisting of mainly Russians and East Germans, crossed this bridge enroute to Prague to quash the Spring Movement of 1968, which the then Czechoslovakia tried to mix socialism with democracy to the disapproval of the Soviets and the Americans alike.

The Zwickauer Mulde Valley near the bridge has a wide selection of flora and fauna, which is protected by law. The natural reserve includes some rare species, such as the fire salamander, white-throated dippers and bats, many of whom use the arches of the bridge as their natural habitats. This area, which is being considered for a UNESCO World Heritage Site, is protected by law by state and local natural reserves to ensure that no harm is done to the region. This includes the bridge itself, which is also protected by the German Preservation Laws- Denkmalschutzgesetz.

Since 28 August, 2017, the Bockau Arch Bridge has been closed to all traffic as part of the project to replace it with a new structure on a new alignment. The goal is to widen and straighten Highway B-283, which runs parallel to the Zwickau Mulde River, connecting Aue with Klingenthal and the Czech Border. While the stone arch bridge is currently still standing, it is scheduled to be torn down upon completion of the new structure. The closure of the bridge has created a major inconvenience for drivers and cyclists alike as detours have resulted in delays of up to half an hour. Furthermore, the restaurant Rechenhaus has suffered a 60% loss in business since the closure and may not make it until the opening of the new bridge. The loss of the restaurant and its historic significance would be as big of a loss as the stone arch bridge itself.

The committee to save the Bockau Arch Bridge was therefore created to bring this issue of the loss of the historic structure to the attention of government officials of the Ore Mountain District, including the communities of Bockau, Albernau, Zschorlau, Schneeberg, Aue and Bad Schlema, as well as members of the parliament of the Saxony state government in Dresden. The goal of this petition is to persuade proponents of the project that this bridge has historic and cultural significance to the Ore Mountain region and in particular, the Zwickau Mulde River Valley. Therefore it must be kept in place and repurposed for recreational use. This includes rehabilitating the structure and adding lighting to ensure that it continues its service for another 150 years and beyond. We the committee wish to reuse the bridge as a bike and pedestrian crossing, connecting Bockau with Albernau with the option of using the structure as an observation deck. At the same time, as the bridge is protected by preservation and natural reserves laws for Saxony and Germany, it should continue its use as a natural habitat for flora and fauna.

A German version was submitted in January 2018, which was met with success as the Committee will meet with representatives of the State of Saxony on 24 April, 2018. The English version is for interested parties on a national and international platform with an interest in historic bridges and / or the history and cultural aspects of the Ore Mountain region in Saxony. This will be presented at the meeting on 24 April, 2018 as well.

Questions pertaining to the Bockau Arch Bridge should be sent to Jason Smith at: flensburg.bridgehunter.av@googlemail.com. All inquiries should be in English.

For those in German, please contact the following representatives:

Thank you for your attention and for signing the petition to save and preserve the Bockau Arch Bridge.

Sincerely, The Committee to Save the Bockau Arch Bridge

Thank you for your support
openpetition.de/!qtptk 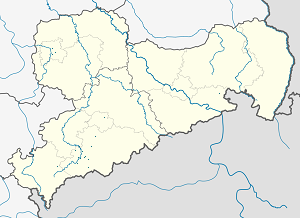 The data refers to 61 statements.