A safe way to school over the Werstener cross must be guaranteed!

Petitioner not public
Petition is directed to
mayor Thomas Geisel http://www.rp-online.de/nrw/staedte/duesseldorf/spd-stellt-wieder-den-ob-von-duesseldorf-aid-1.4314376
3.477 Supporters 2.717 in Düsseldorf
Petitioner did not submit the petition.

The complex traffic junction Werstener Kreuz with its many connecting routes is difficult to survey for all road users. In this tight space up to twelve bus and train lines stop and drive and there are several accesses to and from the A46 and the main road 8. There are also bicycle and pedestrian paths intersecting, creating a challenge for both our children and all our citizens. Therefore, we demand a timely development of a completely new traffic concept! It must be possible for all children and all citizens of Wersten to safely cross this traffic junction on foot!

Every year, the Werstener Kreuz makes it back to the top ten accident areas in Düsseldorf! In 2015 alone, there were 56 traffic accidents, of which three pedestrians were victims of traffic, who had gone through a traffic light showing green. In February of the year, an eleven-year-old was even struck crossing the pedestrian crossing Werstener Straße at greenlight. The driver of the car hit and run after the accident. As a result, the intersection was the subject of the accident commission, but the Transport Committee resumed that there was no need for action! The most recent traffic helper gave up this summer, because it was according to his statements to "dangerous for him at the Werstener cross". The guard times at the traffic light transitions are switched so short that buses and cars are still or already driving over the pedestrian crossing areas when the traffic lights for the pedestrians indicate green. Illegal driving over the bus lane to the A46 towards Neuss additionally leads to regular red light violations and dangerous situations. Also neuralgic points are the bus and train stops. For example, there are orange warning signals at the level crossing for the "Werstener Dorfstraße" stop in the direction of the university. These do not reliably flash when a train enters or leaves the stop area. As the lanes enter the arch at a fairly high speed, they are only taken at the last moment. Partly intersect the trains at the entrance and exit, making the railroad crossing even more confusing. The Werstener Kreuz, which is difficult to survey even for adults, is located in the immediate vicinity of larger residential areas with many families. In order to get to elementary ad secondary schools, every day hundreds and hundreds of children and adolescents have to cross this intersection. Out of concern for the integrity of all children we demand a timely development of a completely new traffic concept that guarantees safety!

Thank you for your support
openpetition.de/!bkkgm 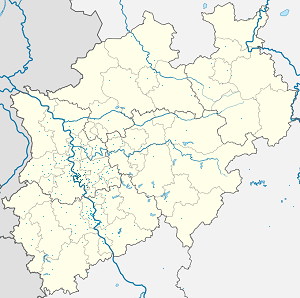