Against the renaming of the "Richard-Wagner-Platz" in Leipzig

Petitioner not public
Petition is directed to
Mayor Burkhard Jung
14 Supporters 9 in Leipzig
Petitioner did not submit the petition.

The fraction of "Bündnis 90/Grüne" in the city council of Leipzig supports the initiative of renaming the "Richard-Wagner-Platz" in "Refugees-Welcome-Platz". We say: "No!" The city council and city administration refuse any discussions about this topic.

Richard Wagner was born in Leipzig and he is one of the greatest composer of the 19th century. Since the naming of the place on his 100th birthday 1913 honors the city of Leipzig and thereby one of her greatest sons. This has to remain that way! In the context of the person Richard Wagner it's especially tragic that the place is to be renamed. The composer became a fugitive in Germany and Europe after the failed riot in Dresden 1849 for democracy, civil rights and freedom of press. He was prosecuted for 13 years, eleven years in all of Germany and another two years only in Saxony. He had to suffer from homelessness and he had no means to defend himself.

Thank you for your support
openpetition.de/!fxplh 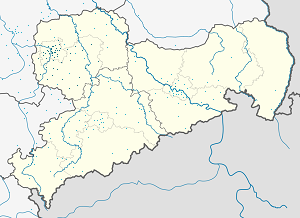