"The fact that the word "animal protection" had to be invented is probably one of the most disgraceful matters of human society." (Theodor Heuss)

We would like to address you with a heart concern and ask for your help in the sense of animal protection. In the village of Droyßig, two brown bears have been held in the castle as a "mascot" of the village.

In our opinion, the small enclosure of 470 square meters and its meager design does not meet the minimum requirements of the "Guidelines for animal welfare of game in enclosures", nor of the "mammal report for the keeping of brown bears" or the human understanding of animal protection. The accommodation of the two bears does not correspond to an appropriate attitude.

If the municipality of Droßyig has already decided to deprive the two bears of a natural habitat and use them as a sightseeing object for residents and visitors, this enclosure should at least be adapted to the corresponding guidelines and beyond ... Even though efforts have been made in recent years , to improve the conditions in the Bärenzwinger, these do not suffice to meet the needs of the bears even approximately. A consequence of the non-behavioral attitude is that the animals show stereotypes - a clear sign of suffering. Behavioral disturbances are a sign that animals are being held up. Every visitor could already observe how the bears were permanently rotating the same laps in their kennels for an extended period of time and were absent. Bears need sufficient space in their enclosures to fulfill their playing and exploring behavior. Each bear needs its own sleeping box and trees for climbing. Hills as a viewing platform, ponds for swimming and caves as a retreat are minimum requirements. Normally bear, outside the time of the winter sleep, a day of several kilometers back and spend up to 94% of the active day with the food search. The kennel in Droyssig does not offer the two bears.

In the run-up to our call to you, we have been trying to get something going for the good of the bears since 2015. Both inquiries were made to the municipality of Droyssig, as well as to the competent veterinary office, to various animal protection organizations and animal welfare associations. Unfortunately, the questions of the highest powers have so far been unsuccessful.

Although a negative status report on the kennel management in Droyßig was published by a well-known animal protection organization, the legal framework for the topic of animal protection is very tight, so that the clubs are also bound without public pressure. Of course, we have also looked around for an alternative for the two bears, which are no longer capable of surviving alone in nature, and looked for possible accommodation in protected areas or bear forests.

A prerequisite for the resettlement to a bear forest is, however, that the municipality of Droyssig voluntarily surrenders the animals or the veterinary Office dissolves the attitude. Unfortunately, the competent veterinary office does not see any need for action.

For this reason, we ask you for help!

The aim is to free the two bears from their current position and, in the best case, by means of a contractual provision, to ensure that the municipality of Droyssig is not allowed to keep any bears in the kennel. We are convinced, by means of a petition, to make the village of Droyssig aware of the abuses in the animal husbandry, thus freeing the bears from their present position by signing, approving and supporting them, and offering them a better life in a protected area.

Supplement: Our compromise is that we would agree to a considerable expansion of the enclosure over the entire castle area and the adjoining part of the forest (provided this project is financed and the municipality is not willing to relocate the two bears into a protected area). Furthermore, we insist that in the event of an extension of the enclosure, the "Guidelines for the animal welfare of wild game in enclosures", as well as the "mammal report for the keeping of brown bears".

Thank you for your support
openpetition.de/!stllb 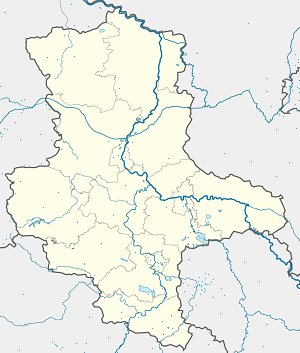