Cancellation of the plant stop on the Estering

The administrative court Stade has granted the express application of the BUND Lower Saxony. This restricts the new operating license for the racetrack issued by the district of Stade. Against the resistances or objections against it, among other things of the federation, the circle opposed the immediate executability. But now nothing works. The court decision equals an operational stop. Background of the dispute is the expansion of the race days from the past twelve to a maximum of 52 days. However, in the political discussion in Buxtehude, the ACN had insisted that they did not want to use this maximum number.

With this signature action I would like to support the ACN in the opposition to the OVG Lüneburg.

The Estering belongs to Buxtehude, as the Michel to Hamburg or the Eiffel Tower to Paris.

Rallycross is the motor sport that has made the biggest leap forward. Both the annual World Championship run and the run for the German and Belgian Championships are events on the Estering, which are enormously important in the field of economy and tourism for the city of Buxtehude. Also, Buxtehude is known and loved by motorsport on a national and international level. Last but not least, the Estering is the most demanding route. The shutdown would be a bitter loss for Buxtehude and thousands of rally fans, and it would not be easy to make amends.

Thank you for your support, Marco Lübke from Buxtehude
Question to the initiator
openpetition.de/!qmjds 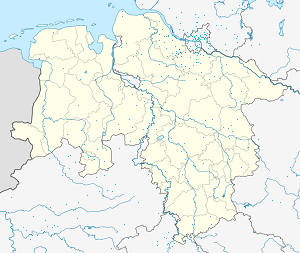