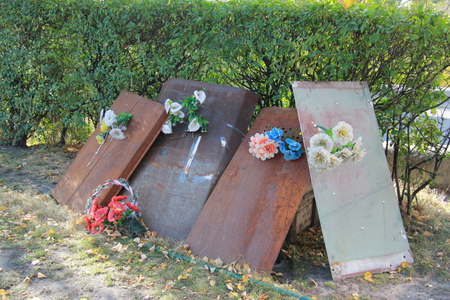 EU and US: Stop the bloodshed ‑ no further appeasement of the Russian Federation!

We hereby call on you to immediately terminate any accommodation of and concessions for the Government of the Russian Federation and its President Vladimir Putin (in particular also the prospect of lifting sanctions, as mentioned repeatedly in recent days) and to instead take immediately the following non-military measures and to maintain these until the Russian Federation has implemented all clauses of Minsk II and withdrawn from Ukraine in full, including returning the Ukrainian peninsula of Crimea, which has been annexed in violation of international law:

1.. Consistent implementation of the sanctions imposed

Every day of continuing the current policy of being lenient on the aggressor, Russia, brings further deaths, causes more suffering for the now millions of refugees and results in us all becoming complicit in these crimes.

Lawyer Martin Luithle, Constance, a member of Europeans for Ukraine, will send the demands set out in the text of the petition in a detailed lawyer's letter to all above heads of state and politicians.

On behalf of all undersigned.

Thank you for your support
openpetition.de/!yvsvv