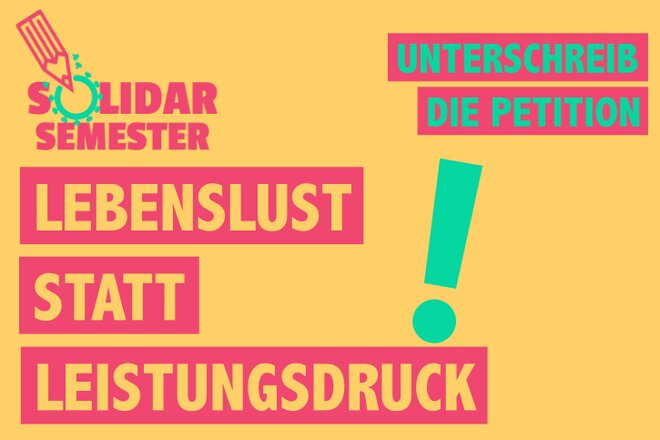 This petition asks the Ministry of Science and Culture to see the extent of the pandemic at the universities in Lower Saxony also in the winter semester 20/21 and not to let students stand alone.

Once again, Lower Saxony's students are threatened with disadvantage compared to the other federal states, which have already implemented the second extension of the standard period of study.

A one-time extension of the standard period of study by only one semester is not sufficient for solidarity.

Therefore, we call on the Ministry of Science and Culture, among others, to implement a second extension of the individual standard period of study.

The current extension of the study period by Corona only allows the one-time unbureaucratic BAföG extension, this needs it again according to the circumstances.

Therefore, we demand a clearer interpretation of the change from the Ministry, similar to the one in North Rhine-Westphalia for 2 semesters.

However, due to the intensified Corona pandemic and the social isolation that has lasted for 10 months, not only a formal compensation rule is needed. But also further support, in the form of: financial security for students, the extension of deadlines of any form, digital participation for all and effective assistance for international students! More

Currently, the examination period has to be completed under more stringent Corona conditions, and the planned postponement of examinations is once again extending the study period. We fear a double burden for students, as in the summer semester 2020.

The broad alliance of the Solidarity Semester consisting of the Green Youth, the Young Socialists, the DGB Youth, the Federal Association of Foreign Students (BAS), the Free Association of Student Unions (fzs) and the Lower Saxony State Conference on Student Affairs (LAK) has, among other things, drawn attention to the challenges of the students with letters, as well as demonstrations, addressed to the Ministry of Science and Culture, as well as to the Lower Saxony state parliament.

Although a one-time extension of the standard period of study has now been decided, Lower Saxony is lagging behind other states such as Hamburg, Bavaria, Berlin, North Rhine-Westphalia, Baden-Württemberg, Rhineland-Palatinate and Saxony. These also recognize the extension due to the circumstances in the winter semester 2020/21 and thus enable an unbureaucratic BAföG extension for two semesters.

As students* face more challenges, there is also a need to adapt digital teaching and support in the financial and social areas.

The challenges include the following, which were surveyed in a Lower Saxony-wide survey by the LandesAStenKonferenz:

In addition, there are several other problems: With the widespread renewed closures of the universities, which already in the fall, but no later than December, no longer provide premises such as the libraries for use. For many students, the last places of learning outside their cramped apartments or noisy shared apartments have also disappeared.

As a result, many students now lack important resources for coping with the online semester: having their own laptop that works well and a stable Internet connection is anything but a matter of course.

For many students, managing their studies during the pandemic in the given standard period of study is not a question of willingness to make an effort or good will: Alternative forms of examinations have not yet been found for many courses that cannot be completed due to the current infection, such as examinations that take place in person or internships. In many cases, this inevitably extends the study period.

The Ministry of Lower Saxony has to take this into account. Instead of giving the students the security that they will not fall into the long-term tuition fees or out of the BAföG entitlement after these difficult semesters, they are put off with the possibility of hardship applications. We consider it problematic that the granting of these applications will ultimately depend on the arbitrary decisions of the respective universities, that the criteria for granting the applications are unclear, and that many students will thus presumably fall off the grid.

An end to BAföG funding or the obligation to pay long-term tuition fees would mean the end of studies for many students, as many students have already had to take out student loans due to the pandemic. The bridging aid from the Federal Ministry of Education and Research (BMBF) of a maximum of 500 euros does not even cover the basic cost of living, and a return to the usual jobs for students* is still a long way off.

If the Lower Saxony Ministry of Science and Culture continues with its arbitrary hardship applications, it will leave many of Lower Saxony's students in the lurch.

Therefore, we ask for your support, forward this petition to other students in Lower Saxony.

Thank you for your support, Solidarsemester Niedersachsen from Lüneburg
Question to the initiator
openpetition.de/!vghqg 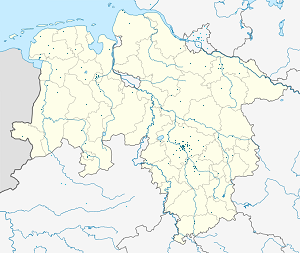 The data refers to 43 statements.