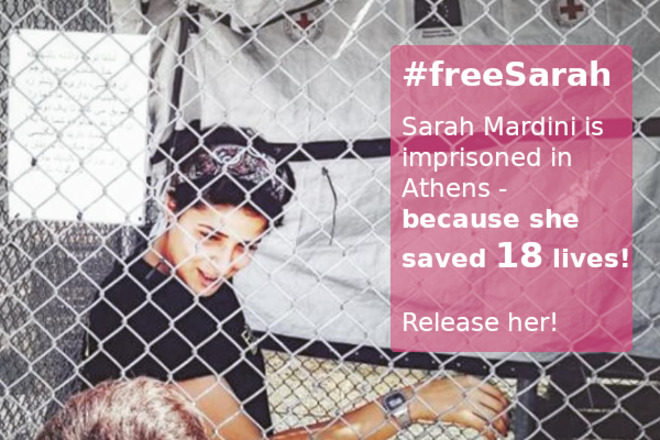 In 2016 she was awarded as SECRET HERO with the media prize for her commitment towards saving lives.

Here in Berlin she was also involved in helping refugees! She herself fled Syria and first became famous for her own escape story.

During her escape from Syria, Sarah and her younger sister Yusra (Olympic swimmer and UN Special Envoy for Refugees) pulled the escape boat, which had been in distress at sea miles away from the shore. She saved the lives of 18 people. She is committed to an NGO on the island of Lesbos for refugees in need.

Now she has been behind bars in Athens since 20th of August 2018! It's a disgrace!

There's a 23-year-old girl in prison. The accusations are absurd and are a pretext to obstruct the work of NGOs in this sector. Sarah is an excellent swimmer and is committed with heart and soul to saving human lives.

Sarah's story is being instrumentalised by the disagreement in the European refugee policy. She is accused of human smuggling, individual nrichment through donations, money laundering, espionage and membership in a criminal organisation. She faces up to 18 months in pre-trial detention. Life-savers do not belong in prison. They deserve respect and recognition!

In addition to the release of Sarah Mardini, we also demand the release of Sean Binder and Athanasios Karakitsos. They were arrested together and are also accused of similar crimes.

I know Sarah's father myself & he is shocked. How can you explain to someone that your daughter is going to prison because she saved lives?

Why did I start this petition? Personally, I feel very strongly about the fate of this young woman because I see Sarah Mardini as a life saver and as a soul mate of our project! The SchwimmClub1001 is a Berlin integration project. In the meantime, more than ten refugees are involved here as lifeguards and swimming trainers in order to teach other refugees how to swim. Some of them had similar experiences to Sarah during their escape via the Mediterranean Sea, only just got away with their lives & saved other people's lives. Their commitment is based on these personal experiences and escape experiences.

We would like to draw attention and thank many people for their resistance against the criminalisation of humanitarian aid for refugees.

Thank you for your support, Heike Witte from Glienicke
Question to the initiator
openpetition.de/!pgmrz

Yes, absolutely right. And before signing a petition, we must know what exactly are the accusation against this woman. Because every trafficker could stand up and cry that he is a lifesaver, giving opportunities to refugees. And Greece is indeed a democratic country with a well organised law system. Do the authors of the petition support and proclaime breach of laws?

Democratic countries have laws. Laws are there for a reason. Greece is a democratic country where human trafficking is a serious problem. Hence - it is regarded as serious offence. Simple - don't do it 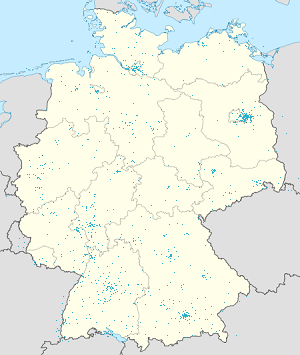 The data refers to 576 statements.