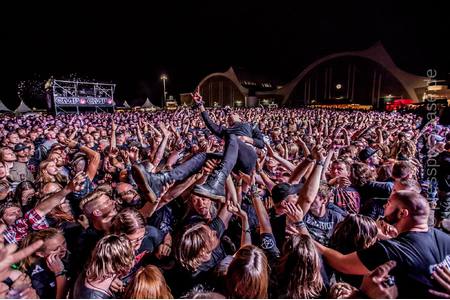 Freedom of the press! Against the EU General Data Protection Regulation (GDPR) for photographers

Petitioner not public
Petition is directed to
Europaparlament, Bundestag, Landtage
40.383 Supporters
Petitioner did not submit the petition.

The EU General Data Protection Regulation (GDPR) implies that every photo that is taken must be considered as data capturing, not as a display of contemporary events or as art. GDPR does not recognise non-perceptibility of a person as an important factor.

Work and common rights to act as photographer will be restricted for all people who do not operate within the framework of institutionalised media, this includes:

Artistic freedom and freedom of the press as well as professional and private freedom are being infringed and hence, the documentation of contemporary events made impossible for photographers outside of institutionalised media.

Instead of shutting off data dealers and thus, the perpetrators that made new laws necessary, laws in favour of artistic freedom and freedom of the press, which were established in 1907, are now massively restricted.

The GDPR regulations cannot be implemented in practice, as there are no appropriate special arrangements. The freedom of the press for photographers not working in institutionalised media and artistic freedom of artistic photographers and personal rights of creators of private videos on smartphones is not considered as the “freezing of a moment”.

The EU’s reasoning behind not making the GDPR legally binding is invalid as it is not practically feasible and does not protect photographers and artists from legal consequences. Event photography won’t be possible in the future because the GDPR invalidates house rules of event hosters. Until now, organisers had the right to inform customers about their terms and conditions of taking photographs during the event.

All the regulations which have been valid until now, regarding image, film and photo display are useful and shall exist in the future. The assessment of photo scenes and the importance of the message were decisive in figuring out whether right of deletion or as stated in the GDPR, compensation claims exist. Also, photos of audiences remain a display of contemporary events as the captured individual loses its relevance to the identity of a group.

The GDPR demands approval beforehand, even of not recognisable individuals. The claim that one was captured in a photo is enough to prohibit even legal photography of lively landscapes.

Instead of shutting off data dealers and thus, the perpetrators that made new laws necessary, a sector with high importance for all generations and for history, documentation and understanding of everyday life is being destroyed and pushed to the edges of legality. Even private users of mobile phones using the photo function become liable and obliged to pay compensation; or might be fined due to changes of existing law.

Overall, the GDPR requires severe rectification in all sectors, verification of its significance and/or revocation or non-application and clear exceptions as have been established in Sweden.

Sweden has recognised the regulations of the GDPR as unreasonable and does not restrict artists’ freedom with the threat of penalties. Photos taken by private individuals can be a useful documentation of current events and contribute to opinion making.

Photo displays would not be possible because of Social Media. Information yield of the internet would get lost entirely as even holiday photos without “exception to the rule” would be illegal.

Sweden invokes the prohibition of censorship in its constitution and will not let photographs fall into the GDPR, but instead strengthens the importance of its constitution. It should also be examined who will profit from the establishment of the GDPR.

There is already a wave of written warnings by lawyers overrunning bloggers, website hosters and shop operators, photographers, clubs, schools, photo agencies and publishers. Data protection is very important - protection of rights of individuals towards multinational data dealers is our priority. Notwithstanding the enforcement of data protection should not destroy the existence of photographers and artists and must be protected from law enforcement from above.

The 20th of April 2018, Austria has nullified the GDPR and at the same time abolished the right for compensation claims regarding photographic displays.

Thank you for your support
openpetition.de/!phhch 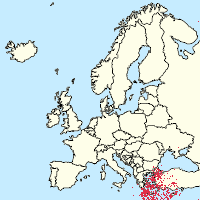 The data refers to 75 statements.