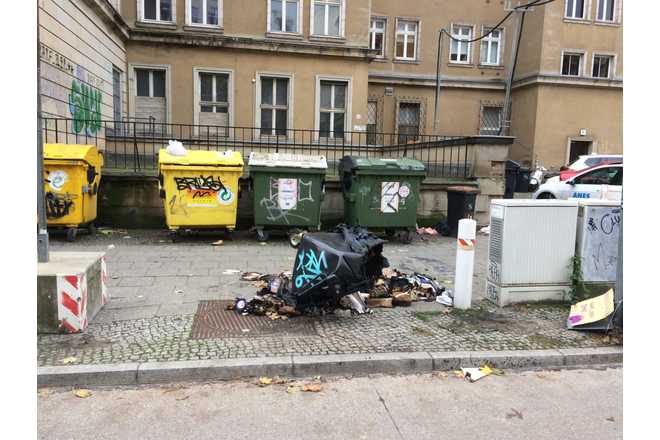 I'd rather love you: More quality of life in the lower Liebigstraße.

Petitioner not public
Petition is directed to
District mayor Monika Herrmann
226 Supporters 167 in Berlin Friedrichshain-Kreuzberg
Petitioner did not submit the petition.

The section of Liebigstrasse between the bend at Frankfurter Tor and Proskauer Straße is littered, unsightly and the sidewalks are largely impassable. The street has changed considerably in recent years due to the construction of several new buildings. Nevertheless, measures that address the problems described and would do justice to the situation have not yet been taken. We think that a rethink should begin here and would like to make proposals that change Liebigstraße in such a way that everyone feels comfortable here.

Lower Liebigstrasse is supposed to be a traffic-calmed area. This would improve the situation in several aspects. Due to impassable or partly non-existent sidewalks, pedestrians often use the street without further ado. This is more practical and there is no other way to get through with a buggy. At the same time, however, the street is narrow or difficult to see in some places (alternating parking situation). This is potentially very dangerous, especially for children. The street section between the playground near Frankfurter Tor and the narrow passage through the houses to Proskauer Straße offers very good conditions for a conclusive concept that sensibly combines and complements the local conditions. The popular pedestrian connections to the Frankfurter Tor reinforce the need for traffic calming.

Regulated parking The tense situation would be significantly improved by controls by the public order office or even the introduction of parking fees for non-residents, as this section borders directly on the popular Simon-Dach Kiez in the south, which is subject to charges. The Samaritan neighborhood in the east, as well as the area west of the Frankfurter Tor, are also park management zones. This would mean that the neighborhood would no longer be an alternative zone - a basic prerequisite for better street design and safe passage.

Better regulation of waste disposal By placing the free-standing garbage cans in designated areas or rooms that are inaccessible to the public. This would, on the one hand, return the sidewalks to their original purpose and, on the other hand, prevent the bins from being lit, which is not unusual for the Riga neighborhood.

The situation in Liebigstrasse is a state of emergency in comparison. The combination of missing sidewalks, overloading by randomly parked cars and free-standing refuse containers, which are always invited to unload bulky waste and set on fire, again and again, does not give a nice picture and is to the detriment of all those living here. Now that the last construction gaps have been closed and Liebigstraße has established itself as a residential street, there is the best opportunity to remedy the existing problems in this section of the street.

Therefore, dear Mrs. Monika Herrmann, we address ourselves to you, as district mayor of the district Friedrichshain-Kreuzberg of Berlin. With the collected signatures we not only want to make our concern heard but also express our willingness to participate.

For the lower Liebigstraße, we would like to see the rapid implementation of an overall concept as a traffic-calmed area with walkable, unpolluted sidewalks.

It doesn't take much to create a place where people like to live.

Thank you for your support
openpetition.de/!wtfpp 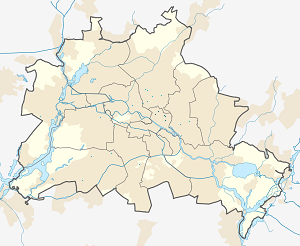