The initiative “Solidarity City Freiburg” calls for the signing of this manifesto to support solidarity action within the city of Freiburg.

Like cities around the world Freiburg is increasingly home to people from different ethnic and social backgrounds. Not all of our residents possess German citizenship or a valid ID and not all have a secure legal status. This leads to limited access to key public services for an increasing amount of people. Those without documentation are forced to forgo public services entirely to avoid contact with official institutions. Furthermore people, who possess only discretionary permission to remain, live in a permanent status of insecurity through social expulsion and the threat of imminent deportation. Finally, even those possessing secure legal status and full German citizenship are affected by exclusion and lack access to sufficient material good like housing or medical support.

We want to improve this state of affairs. In §1 section 2 of the municipal laws of Baden-Württemberg it says: “the municipality is to support the common well-being of their inhabitants through civic self-organizing”. The law doesn´t distinguish between residents and makes no mention of legal status or citizenship as a criterion to classify as an inhabitant. Only the place of residency, not the legal status, is indicated.

We call for Freiburg to join the international network of Solidarity Cities. Canadian, British, US American, Italian, Spanish and Swiss cities have already shown the way: worldwide over 400 municipalities have declared themselves solidarity or sanctuary cities, where legal status doesn´t create differences between inhabitants.

Hence, in Freiburg too, all residents should be treated equally, no matter their origins, their legal or social status. All residents should be able to access public services, learning facilities, housing programs, health care and political and cultural participation. By joining this international network, we will work towards Freiburg becoming a more just and solidary city for all.

For this we stand. By signing this manifesto, we endorse the concept of Solidarity City.

Solidarity-City-Network Freiburg - Freiburg as Sanctuary City! A chance for a more just city for everyone! https://www.freiburger-forum.net/wordpress/wp-content/uploads/2017/06/solidaritycity-flyer-Freiburg.pdf

City for all – with news from different cities, among them Freiburg. solidarity-city.eu

In the name of all who signed the manifesto.

Thank you for your support, Initiative Solidarity City Freiburg from Freiburg
Question to the initiator
openpetition.de/!rvyts 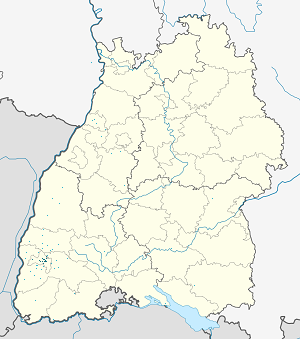