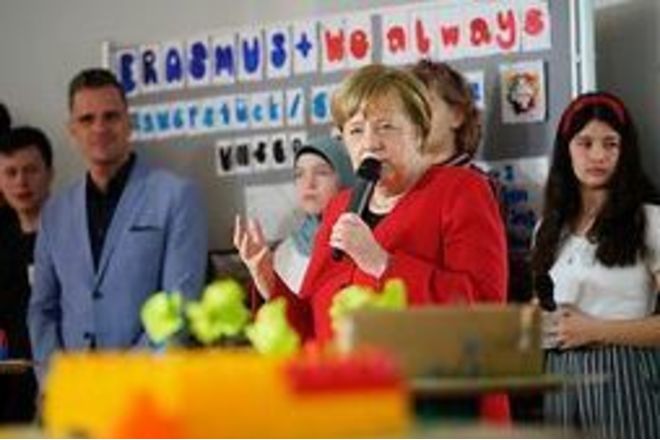 Opening of the Berlin Wall - a place of encounter and digital learning for everyone!

The term "Schönholzer Mauerstück " may already be familiar to some of you, but others may not know what to do with it. To clarify: At the beginning of 2018, a section of the Berlin Wall [1] near the Schönholz S-Bahn station was unveiled to the media by Christian Bormann, a renowned local history researcher who has been acknowledged by experts. The reason for this is the decay of this valuable piece of history, which continues with the weather.

Numerous storms, wall-peckers and vandals later, for the last two years there has only been a consturuction fence around this place, while plans for the further procedure are still pending.

In the meantime, a large group of students formed at the Reinickendorfer-Highschool, the Thomas Mann Gymnasium, who together joined the international European project "Erasmus Plus". The aim of this project is not only to bring other countries closer to our history of the Berlin division, but also to offer our fellow citizens a new dimension of the already familiar city history.

Now we are faced with the problem that the District Office has rejected our previous prototypes for the reconception into a public place of learning, which had already been presented to the Chancellor Angela Merkel [2], and commissioned the professor and expert for monument protection, Leo Schmidt from Cottbus, to find a less expensive solution.

After receiving this message, we contacted the professor and talked about a new wall concept, which represents the compromise between a natural place of learning and the use of digital media there. The core message of this conversation, however, was to get a citizens' initiative on its feet, in order to be able to realize our ideas with the help of the voice of the people.

1) to create a place where members of all age groups can meet in a fun and respectful way and learn about their city's history together in a different light.

2) to communicate history in a new way through the integration of digital media in the form of QR-Codes wich hyperlinks to Virtual Reality, self-made contemporary witness interviews and animation.

3) that the green spaces around the piece of wall stay as natural as possible, so that we are able to compromise on the costs. At the same time, it is also important to us that the traces of time - the decay of the wall - can be seen. That the visitors have a reason to return to this place every year.

4) to create barrier-freedom for as many limited population groups as possible. For this purpose, we independently produced audio guides for the visually impaired - instead of the QR codes - and planned a wide walkway (wheelchair users, prams) with an integrated guidance system for the blind as the only change to the terrain.

The idea was to create a place where everyone, young or old, physically challenged or healthy, would have the same opportunity to learn about this historical piece of the wall. So that everyone can explore the media possibilities of our time and see what kind of hurdles can be overcome with it. So that school classes have a place of learning where, for once, they can have fun learning and understand what they are being offered. So that our contemporary witnesses have a place where they can observe the ravages of time while they reminisce.

It is a place where history meets progress and creates a meeting place where everyone can feel comfortable. But our main intention, as in the "Erasmus Plus" project, is above all to create a place by students for students, and this is only possible if You lend us your voice. Only with your help we can make this place accessible to the people. Only with your support, we will be able to face the authorities on an equal footing. Decide what will become of your capital and sign now!

Thank you for your support
openpetition.de/!erasmus2020ie 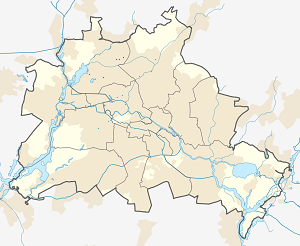