Prevent the deportation of family Chaudhry

Petitioner not public
Petition is directed to
Federal Office for Migration and Refugees (BAMF)//Petitions Committee of NRW
14.875 Supporters 8.760 in North Rhine-Westphalia
Petitioner did not submit the petition.

We, the students of the HMG in Cologne, want to prevent the deportation of our schoolmates Saboor Chaudhry, Saira Chaudhry, Noman Chaudhry as their mother Tahira Parween and brother Faizan Chaudhry urgently.

The family is about to get deported from Germany (according to the BAMF), altought they could be persecuted and killed in their home country Pakistan because of their religion Ahmadiyya.

The three students and their family, who have been on the run for twelve years already, have lived in Italy for seven years and are in Germany for five years now. All three students visit our school, the Heinrich-Mann-Gymnasium (HMG) in Cologne. All three students follow actively the daily school routine and have successfully integrated themselves into the German public and social life. The deportation notice they received has a deadline fo only 12 days.

By signing this petition, you can help uns prevent the deportation of the family back to their home country, which would put theme in great danger, and have their application for asylum re-examined.

Inform your family, friends and acquaintances - because every signature counts.

We thank you on behalf of the family Chaudhry.

At first, family Chaudhry lived in Italy for seven years, where the father had a job. After his death, the family could no longer subtain itself. Because of the insufficient financial support of the Italian authorities, the mother decided to flee on to Germany. Family Chaudhry has already been living in Germany for 5 years. All children have visited kindergartens and schools in our city during this time. The whole family is integrated in the public and social life.

A deportation back to Pakistan would mean mortal danger for the family. Even the Federal Foreign Office displays a travel advice for Pakistan:

´There is still an increased risk of terrorist attacks across the country, particularly on religious goals (such as Sufi shrines, mosques) or high, other symbolic value (especially public buildings and facilities). On February 16, 2017 a heavy attack happened on the Lal Shahbaz Qalandar Shrine in the southern Pakistani city of Sehwan, which attracted thousands of believers every week. There were numerous death sacrifices and injuries. On February 13, 2017, a bomb explosion took place in Lahore, in the north of the country, which also claimed death sacrifices.

Petition starter Luca and further students of the HMG

Thank you for your support
openpetition.de/!yyskv 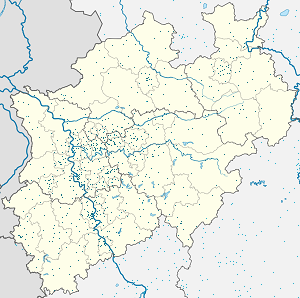 The data refers to 3 statements.