Petitioner not public
Petition is directed to
Mayor Burkhard Jung
4.173 Supporters 2.042 in Leipzig
Petitioner did not submit the petition.

Summary: In early August the foreigners‘ registration authority in Leipzig rejected to grant a settlement permit to Zhebo, requesting him to leave Germany by February 2018. Zhebo has studied composition at the University of Music (http://www.hfm-karlsruhe.de/hfm/) in Karlsruhe and successfully established his career as music teacher ever since he came to Leipzig in 2012. The aim of this petition is to prevent his expulsion by reaching the public and thus paving the way for an individual decision, based on the verification of a hardship case, which would enable the authority to give a positive change to the final decision.

On 31st August the local newspaper „Leipziger Volkszeitung“ published an article which gave an overview of Zhebo’s story (available in German only: http://www.lvz.de/Leipzig/Lokales/Nach-sechs-Jahren-in-Leipzig-Komponist-und-Musiklehrer-Zhebo-soll-ausreisen). Shortly after this petition was established for further support.

Professional career: Zhebo is a composer, guitar- and piano teacher from Inner Mongolia (part of the PR China). After he graduated from the composition course in Karlsruhe and Vienna he moved to Leipzig due to the numerous musical and cultural opportunities. Besides that he was intrigued by the importance of Leipzig for musical history, for instance as former home of Bach, Mendelssohn and Schumann, who spent much of their musical prime here. Just like the city of Leipzig also annoyed Bach, it does not allow Zhebo a peaceful life either: the foreigners’ authority is picking on Zhebo and refuses to grant him a settlement permit. The probationary permit until February 2018 is merely a farce, as he was told in person that his request would be dismissed. Therefore we ask for your help to protest against this and make the case public!

When it comes to the reasons why Zhebo terminated the studies of composition in his hometown Hohot, in 2004 and came to Germany in 2006, he says: „Ever since I was a young child, the music of J. S. Bach fascinated me. I was yearning to understand and decode the magic behind it, so I could make my own music from the sound I heard within my heart.” From 2008 until 2013 Zhebo was taught by the musical director of the University of Music in Karlsruhe,Prof. Dr. h.c. Wolfgang Rihm (https://en.wikipedia.org/wiki/Wolfgang_Rihm). In 2009 he gained the university degree graduate musician and in 2013 concert soloist – both of them achieved as degrees with distinction as the reached optimum grades. From 2010 until 2011 he went to Vienna for a year as student of the Erasmus exchange program and was taught by Prof. Detlev Müller-Siemens.

Ever since 2011 he has been working as music instructor for piano, guitar, composition and musical theory for both his own students and a regional music school (Mobile Musikschule Leipzig). Zhebo has taught over 100 students over the past six years and has helped quite a number of prospective students of music to successfully pass the admission examination. Each week he teaches music for about 30 hours, besides that he composes and writes a music dictionary in German and Chinese.

Statement of the authority regarding the rejection: On August 8th 2017 an officer of the Foreigners Registration Office denied his settlement permit. The reason stated was that his earnings had been too low for him to fully secure his subsistence, even though this statement is demonstrably false.

For now Zhebo is only allowed to stay in Germany until February 18th 2018. Even the lawyer appointed by Zhebo was not able to achieve any progress with reference to the overburdened administrative offices due to the current refugee situation!

Zhebo has build up a new life in Germany. He actively engaged himself for those around him, supporting their creativity, individually with the instrument. So he helped many students in their engagement with music, dedicating his life to working with the German cultural heritage. All this would come to a sudden end with his expulsion.

We honestly hope for your support by signing and sharing this petition as we hope to change the final decision towards a positive settlement permit as a hardship case. A lot of help will be necessary and Zhebo is very grateful for every little bit of it.

Thank you for your support
openpetition.de/!ftypv 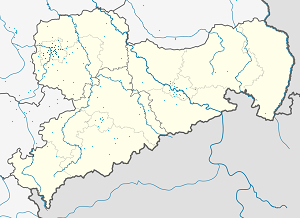