Berlin's largest practice space center, the Rockhaus, is under threat. Despite the fact that there are rental agreements with the use of the building as a practice space through 2023, the owner of the building, the Scharfstein Group, wants to terminate the agreement immediately, without notice. This due to some supposed form error in the contract. If this happens, approximately 1,000 musicians will be without a practice space. In addition to this, dozens of singing and instrument teachers will be without teaching space and a few hundred students without lessons.

This would be quite a heavy blow to the Berlin music scene, as well as the Berlin cultural landscape. We now make an appeal to everyone who would like to help to preserve Berlin as a wonderful, alternative, unique art and cultural hotspot:

Help us to save the Rockhaus!

Let's clearly show a sign that art and culture matter!

Every voice and every signature counts!

For 10 years, the Berliner Rockhaus in Buchbergerstr. in Lichtenberg has been the home to approximately 1,000 musicians that work and practice there. A number of them make their living as music teachers there. In addition, there are a few hundred students coming to the Rockhaus for their regular instrument and singing lessons.

The Rockhaus is therefore at the same time a keystone as well as a breeding ground of the Berliner music scene. Berlin's development as a worldwide recognized art, culture and party capital wouldn't have been possible without such important cultural institutions as the Rockhaus

This cultural treasure of our city is under threat. For some time now there's been development underway - property like the Rockhaus, which has up to this point been allowed to be run according to the idealistic initiative of the operator Dirk Kümmele, has now become interesting as venture real estate. Art and culture falls to the wayside.

If this is allowed to happen, Berlin will lose color, become culturally more boring and poorer. One is reminded of Oranienburgerstr. - once upon a time, the most colorful and lively street in the city; with the increasing interest of owners and investors (thereby closing places such as Tacheles as well as many quirky and oddball bars and clubs) the street is now practically a cultural ghost town.

If the real estate market is allowed to continue with free rein, Berlin cannot be preserved with its one of a kind art and culture scene. We therefore, the musicians of the Rockhaus, need your support.

For Berlin as an art, cultural and party capital!

For keeping the Berliner Rockhaus as a musician center!

Thank you for your support, Laura Roggenbuck from Berlin
Question to the initiator
openpetition.de/!fkrxy 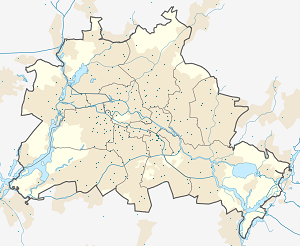