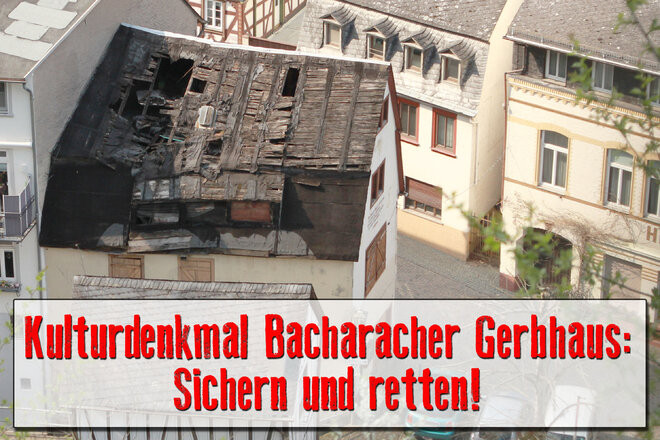 Secure and save the 200 year-old Gerbhaus in Bacharach

We call upon the district of Mainz-Bingen:

What has happened to the Gerbhaus?

Rain has been penetrating the building through the collapsed roof for a long time. The deterioration of the roof has been clearly visible from the outside for more than a year. Until today, large parts of the roof have collapsed. According to its own statement, which they have repeated several times, the Monument Protection Authority has been aware of the case for a long time.

What has been missed?

The district's Lower Monument Protection Authority could have secured the building more than a year ago: The roof should have been closed to prevent damage to the monument. If the owners had not cooperated, the authority could have ordered a so-called "substitute measure". The legal basis for this is § 14 of the Rhineland-Palatinate Monument Protection Act. However, this measure was not taken. Inquiries with the authorities only referred to "difficulties". No concrete details were given.

What is special about the Gerbhaus?

This building, which is more than 200 years old, is an individual monument and for this reason alone it is subject to special protection.

It is also the entrance to the romantic Malerwinkel/Holzmarkt. This distinctive corner building forms a prominent landmark and is therefore a particularly important place in Bacharach in terms of urban development.

Today we enjoy a potentially harmonious sight that has grown historically and is pleasing to the eye. Without the Gerbhaus, however, we would suddenly be looking at an unattractive grey firewall. What do those responsible have in mind? Should a parking lot replace this very special house?

It is incomprehensible why the authorities do not prioritize the preservation of the monument and act accordingly. Instead, one gets the impression that the decay is being tolerated in order to facilitate a demolition soon.

Can the current situation be justified?

This approach is neither in line with the law nor with the region's and Bacharach's claim to be part of the UNESCO World Heritage. The "secret capital of Rhine Romanticism" should treat its treasures with care and protect them.

It is clearly formulated in the Rhineland-Palatinate Monument Protection Act:

The task of monument protection and preservation is to preserve and maintain cultural monuments, in particular to monitor their condition and to avert dangers from them.

In the case of the Gerbhaus, this task has not been fulfilled by the Monument Protection Authority.

Who does the district's monument authority actually support?

We are under the impression that the authorities are on the side of those who do not take care of the monument and deliberately let it deteriorate. The people of Bacharach, however, who are actively working for its preservation, receive no support whatsoever. We therefore call on the district to secure the Gerbhaus without delay and allow saving.

Thank you for your support, Initiative zur Rettung historischer Bauten (IRHB) from Birstein, OT Völzberg
Question to the initiator
openpetition.de/!savebacharach 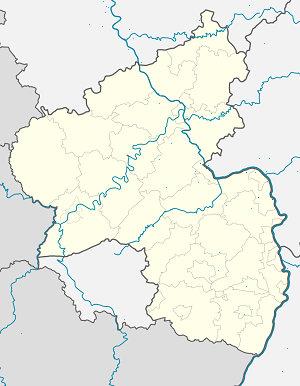