Help us stop the deportation of our classmates!

We, students of the Rudolf-Steiner-School in Gröbenzell (Germany), hope to prevent the deportation of our classmates Hamza and Hassan.

Both have been in Germany for some months and attend our school. Now both are to be deported, which could have very serious consequences for them. In the worst case, they could face torture and even death. Their applications for asylum have both been disapproved and they face deportation in the coming weeks or months.

Pakistani Ameer Hamza Rian, an unaccompanied minor, arrived in Germany as a refugee in July of 2015. His journey here took him through seven countries and lasted more than six months. At that time, he was 16 years old. He began attending our school, the Rudolf Steiner School in Gröbenzell, in the Fall of 2016. He lives together with 15 other unaccompanied minor refugees in the district of Fürstenfeldbruck. Hamza is well-integrated and already an accepted member of our class and school student-body. He has told us that if deported, he would land in the hands of the Taliban.

At age 15, Hamza was recruited by his uncle, a member of the Taliban, and brought under force to a Taliban training camp. After some two weeks, he managed his escape -- he was not willing use force against other human beings. He stands under threat of execution as a traitor to the Taliban. That is why we want to stop his deportation. Please support us, helping keep Hamza safe with us.

The Afgan family of Hassan Rezaei, members of the Hazara ethnic minority, fled to Iran 20 years ago. The Hazara suffer under the ruling Pashtuni, but are especially oppressed and persecuted by the Taliban. Hassan, though born in Iran, is a citizen of Afganistan.

Afghan refugees are considered illegal immigrants in Iran and have no legal rights. On coming of age, many young Afghans are taken into police custody and deported to Afghanistan or sent to Syria and forced to fight the IS. Hassan, fearing for his life and unwilling to kill others, fled to Germany at age 16. Now, he faces deportation. Because Iran does not accept Afghan refugees, he cannot return to his family in Iran. He faces deportation to a country in which he has never lived, where he has no family or even acquaintances. As such, he would be literally delivered into the hands of Taliban and Pashtun persecutors.

A 10th grader, Hassan has now been part of our class in Germany for around 18 months and is happy with his new life. He is currently hopes to earn his certificate of secondary education, be accepted for and complete vocational training.

How can it be that the German government considers Afghanistan a safe country of origin ("sicheres Herkunftsland") and at the same time advises German tourists against travelling there? The German State Department (Auswärtige Amt) travel advisory states (my translation/paraphrase): Travel to Afghanistan is strongly discouraged. Those choosing to travel must be aware of the risk of terrorist and criminal acts of violence. Professionally organized travel, singly or in groups, does not reduce the risk of falling victim to criminal or terrorist attack (...) In Afghanistan there is a high risk of being kidnapped or assault. The risk of attack, robbery, kidnapping and other violent crimes extends to all parts of Afghanistan (…)

It is unfathomable, in view of such an acute travel advisory, that our classmate (Hassan) could be deported to such an instable and dangerous country. Paragraph 1 of the German Constitution states clearly: Human dignity is inviolable. To respect and protect it is the duty of all state authority.

In Afghanistan, he faces a very real threat of torture or execution from the Taliban.

We ask your help in preventing his deportation. We, together, hope for a secure future for Hamza and Hassan in our country.

Thank you for your support
openpetition.de/!lgfkg 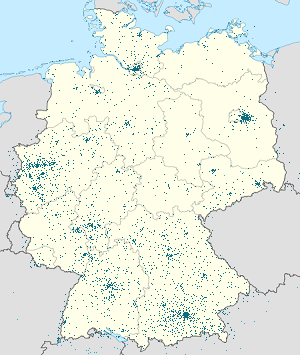