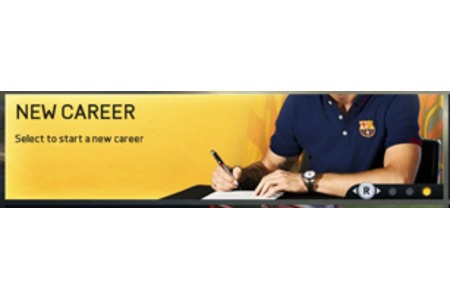 Petitioner not public
Petition is directed to
EA Sports FIFA
12.899 Supporters
Petitioner did not submit the petition.

+++After reaching 10.000 signatures, this petition will definitely be delivered to the responsible department at EA Sports by a contact which I got to know as a participant of the „EA Sports Talentscout Program“+++

The Career Mode is one of the most traditional and most used game modes in the FIFA-series of EA Sports. In recent years, the criticism of this mode has been getting louder. Other modes, such as „Ultimate Team“ are increasing in popularity. Therefore, the Career Mode has been neglected in the opinion of the FIFA Community. Many players lose their interest in the Mode after a few seasons, because a real challenge is missing.

Always playing against computer-controlled teams is not diversified, the oponents in the transfer markets are operating without a clear concept and due to player training and youth scouts, it is possible to create a international top team within a few years- regardless with which club and in which league you have started.

Online modes such as „Online Season“ or „Ultimate Team“ offer the better challenge here. Nobody is playing for themselves. Instead, you have a constant competition, with other, globally active FIFA players. Transferring this core idea to the career mode, could bring fresh impetus in this mode.

The goal of this petition is transferring the "Connected Franchise" mode, which is already available in the NHL or NFL games of EA Sports, to the FIFA career mode: "Connected Career"

Information about the Connected Franchise mode you can find here: https://www.easports.com/madden-nfl/...cted-franchise

The intention of „Connected Career“ is sharing your career mode with friends, people you know or any other participant in the global FIFA Communtity- if you want to. The basic structure and core idea of ​​the career mode remains the same.

Everyone can select a team of their choice and manage their club from home. The significant difference: In the transfer market, there is now much more competition due to the other participants. In addition, the matches are no longer exclusively played against the computer but, depending on the number of participants, against other FIFA players who play the same career, but with a different team. Matches against managed clubs are played online against each other and matches against non-managed teams are played offline against the computer.

Every participant has the opportunity to decide if he wants to be a manager or just the coach of the team. That means that also players who just want to play and don’t want to create a team, can also participate in this career.

The central settings of the career (match duration, skill level etc.) are adjusted by the league leader in advance. He creates the career and invites other players to join it- if he wants to. If not, it is of course still possible to play a career on your own. If you want other people to join you can decide whether you want to offer a privat (with password) or a public (everbody can participate) career. In addition, you can choose between "Cloud" (online) and "Local" (only on one device). It is possible to add or remove participants to the career at any time during the current season.

The league leader can also determine in which time period the career should progress. This setting can be changed during the season.

Examples: Weekly = each participant plays until the next league game. Only after everybody has finished their next game and clicks “Ready to advance”, the career can continue. If someone needs too long, the league leader has the possibility to simulate all remaining games to continue the career (this setting is recommended for online-conferences with friends when everybody plays at the same time)

Two-weekly/monthly= several games can be completed at a stretch. (This setting is recommended if everybody plays for themselves, e.g. if you don’t know the other participants)

Each career can be created according to personal wishes and preferences!

Thank you for your support
openpetition.de/!krqdz 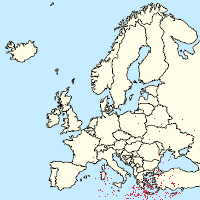