Stop concreting over the NS Forced Labour Camp Graz-Liebenau and its NS victims!

Immediate halt on building in order to lay open the evidence of the darkest chapter of Graz as the former stronghold of National Socialism in Austria (“town of national uprising”) as a whole and to make the real extent of the terror of the NS era clear.

Set up an independent commission of historians for the reappraisal of the history of forced labour in Graz which has been strongly suppressed so far, not only in the NS camp Graz-Liebenau but also in dozens of other camps which were spread out over the whole town and which are completely kept quiet!

When building the Mur power station Graz-Puntigam and the central storage channel related to it, construction workers and archaeologists several times made finds of the NS Forced Labour Camp Graz-Liebenau.

Historians suspect that there are dozens of human beings who were murdered by the National Socialists in the mass graves in the area around the camp, which was in the last days of the war an intermediate stop of the death marches of thousands of Hungarian Jews in the direction of the concentration camp Mauthausen.

Despite numerous protests of associations of NS victims and other initiatives, the excavators have digged over the grounds of the NS Forced Labour Camp Graz-Liebenau in the south of Graz and have begun to fill up the remnants of this dark spot in the history of Graz.

Moreover, the town government parties ÖVP (Austrian People’s Party) and FPÖ (Austrian Freedom Party) want to settle the allotments which have to give way to the power station exactly on the ground of the NS forced labour camp. Housing town councillor Mario Eustacchio (FPÖ) wants to build subsidized housing especially without basements in the area of the camp, probably to make sure that possible vestiges of the bloody past remain in obscurity forever!

The statement of press officer Thomas Rajakovics of Siegfried Nagl (ÖVP), mayor of the “Human Rights City” and UNESCO World Heritage Graz, that “this all is about a forced labour camp like others” and not a “concentration camp” is unacceptable in several ways because the Austrian People’s Party (ÖVP) in Graz demands compulsory work without any inhibition and over and over again for the drawers of the means-tested minimum income!

Committed people and initiatives like the Sociomedical Centre Graz Liebenau (SMZ) with Dr. Rainer Possert in charge are hindered and made ridiculous:

Guides tours should only be allowed for a few people after previous naming of the participants. As late as in summer the office of the mayor turned the call for excavations away because “up to now all is about untenable, completely unfounded speculations of a doctor”.

Thank you for your support
openpetition.de/!npzgy 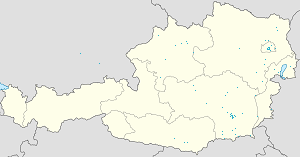