Born in Hamburg Selma can not be deported!

Petitioner not public
Petition is directed to
Hamburger Bürgerschaft, Hamburger Senat, Eingabeausschuss
1.241 Supporters 294 in Hamburg
Petitioner did not submit the petition.

After 13 years, with a toleration (suspension of deportation), you should now be deported. It was only by a fortunate coincidence that she was not met with her mother by the police at home, and thus not arrested and deported.

Please sign up for a guided tour of Selma in Hamburg.

Decades of Roma living in Germany are deported to so-called safe countries of origin, although only the majority of the population is safe. For those concerned, these so-called safe countries of origin are anything else, but not sure. The suffering of the Roma families, which from a safe Germany for them in an unsecured future to be spent in the former Yugoslavia seems to be not worthy of note. The great people's parties seem to have only deportations in their heads. And who is best suited for deportations? The Roma! She can not suffer anyway. For the deportation of those who live integrated as far as they were allowed to do so. However, it was possible to have the least one working day of more than two hours a day. Why? So that the Roma must remain on a toleration status (= suspension of deportation) and thus can not claim a residence title. In dealing with Roma, German antiziganism is clear; Duldung is to be maintained until there is a possibility of deportation. There has been a perverse situation in which the people born here, who have grown up here, have been given a new home with which they have nothing but nothing but the flight of the parents from these countries. Equal treatment to obtain a German nationality by birth is refused. Good integration is not interested. Families and children are pitilessly traumatized by deportations. This approach in Germany shows the deeply rooted antiziganistic attitude of the majority population towards this people. A people who wanted to exterminate the German national socialists. Decade-long integration measures of Roma in municipalities are being thrown overboard to prove that Germany is again pushing its most unloved minority. The people's parties are not on the radar. Firstly, such measures do not override the rights, who know who as the party is the original and will choose the no matter how much the Volksparteien the rights will be. Secondly, you will not get rid of the Roma. If they are living and deported in Hamburg for more than 20 years, they return to Hamburg as soon as possible. The following years clearly show that the so-called safe countries of origin will soon be part of the European Union. Then, at the latest, people are here again. It has once again tasted a generation of Roma without perspective. I call for equal treatment for all Nazi persecutees and for the deportation of Selma.

On behalf of all signatories.

Thank you for your support
openpetition.de/!flfyj 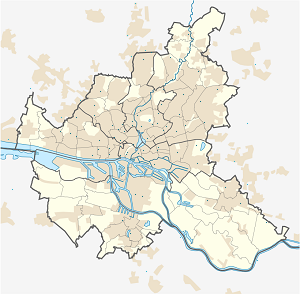