Munich Oberschleissheim: Save the Regatta!

Petitioner not public
Petition is directed to
City Council, State government
16.117 Supporters 3.371 in Munich
Petition recipient did not respond.

On December 2, 2015, Munich City Council partly committed itself to the Munich Olympic Regatta Centre in Oberschleissheim. But they also decided to check two alternative usage concepts that endanger the survival of one of the most appreciated, fairest and busiest regatta courses worldwide. These two alternatives explicitly exclude the hosting of national and/or international events.

We therefore ask the City Council and the government of the Free State of Bavaria: 1. to commit themselves to the heritage of the 1972 Olympic Games, 2. to honour the hitherto exemplary sustainable usage of the regatta centre, and 3. to further support the centre in a financially adequate manner, both as a venue for national and international rowing and canoe sprint regatta as well as maintaining it as a training centre for rowers and canoeists, a recreational site for nature lovers and walkers, and an amenity for all the other sports like cycling, running, triathlon, beach volleyball, beach soccer, inline skating, and many more, which have found an official or unofficial home here.

Please sign our petition and strengthen the centre and the non-profit organisations here onsite! United we can convince the authorities that a regatta centre without regattas is a pointless contradiction in terms. We will forward all your votes at the end of the season to the City Council and the Bavarian government.

The regatta centre was initially planned in the late 1960ies as a perfect venue for the 1972 Olympic Games. Oberschleissheim was chosen due to the proximity to the city and the ideal location for post-Olympic usage. A special effort was made to fit the architecture harmoniously into the landscape of Dachauer Moos – today an extensive nature reserve. The centre is owned by the City of Munich, which took over the buildings of the 1972 Olympic Games and is administered by Olympiapark München GmbH.

The rowing and canoe sprint events at the Olympic Games were a tremendous success. The grandstand was built for an incredible number of 25,000 spectators. 1973, the centre’s architect was honoured with the Grand Prize of the German Architects Association.

Apart from the core sports rowing and canoe sprint, additional sports like triathlon, running, long-distance swimming, inline skating, and many others call it their home. Several years ago, a beach volleyball and beach soccer centre was added. National teams of different sports – from New Zealand and China to France and Great Britain – used this sports venue to train for important competitions.

Sportswomen and sportsmen worldwide know the centre and appreciate it for its ideal and fair conditions. Munich citizens and visitors from surrounding towns love the unique atmosphere that the centre passes on with its rowers and canoeists on the course in midst the beautiful landscape. Road bikers and triathletes, inline skaters, and other sports enthusiasts train here peacefully together with the core sports.

Germany only has five other regatta courses, which host big international regattas. In all of southern Germany, this is the only regatta centre.

The centre needs renovation in order to make it accessible and environmentally friendly, and at the same time to fulfil modern safety regulations. The 2.3 km long regatta course itself is in perfect condition and every rower and canoeist loves to visit Munich and to train and compete here in this unique clear blue Munich water.

We don’t ask for a luxury renovation. We only ask for the opportunity to use the regatta centre successfully as a regatta centre parallel to its use for other sportswomen and sportsmen from other sports. Not more. After a few years without clear vision it is high noon now that the City Council and the state government clearly commit themselves to this regatta centre and to show action by deciding on a reasonable and modern renovation concept that appropriately considers the centre’s unique character.

Thank you for your support
openpetition.de/!xpgtl 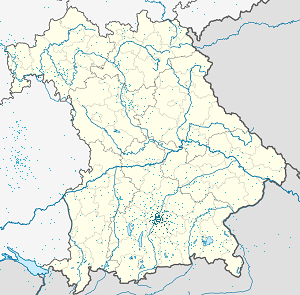