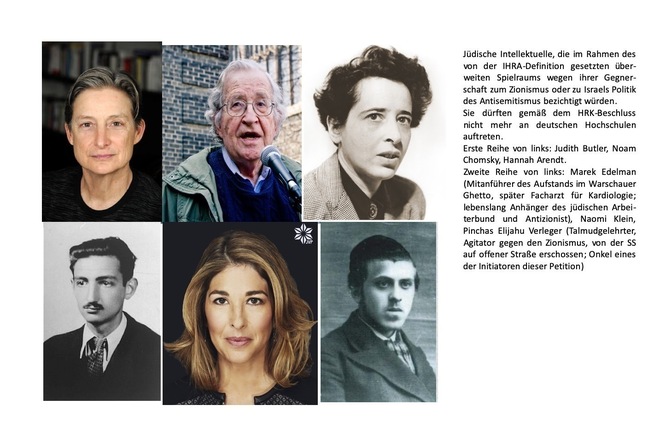 OBJECTION against language rules for universities

Petitioner not public
Petition is directed to
Head of the German Rectors' Conference (HRK)
2,121
Petitioner did not submit the petition.

This is precisely why we object to two of the four paragraphs of this resolution. There, the adoption of the "IHRA definition" of anti-Semitism is demanded, a definition propagated for clearly political purposes and which is highly controversial. Approved by the German Bundestag and Federal Government, this definition should now be "established in all places of higher learning", in other words, this definition should now become the compulsory basis for our speech, thought and research in all such institutions.

Our objection to this HRK resolution is based on two grounds, one being more formal in nature while the other is a question of substance. To begin with, we contest the HRK's assumption that it can impose any sort of binding rules of speech upon institutions of higher education and further we protest against any concrete restrictions (e.g. bans on public demonstrations) associated with this "IHRA definition" which are already being applied to hinder public reflection upon Israel's policy of occupation, a policy which has been in place now for more than 50 years. This reflection being restricted is one which is oriented toward international law and universal human rights.

In both of these respects we see our fundamental freedoms of speech, teaching and research threatened. And that this threat emanates from the HRK, which calls itself "the voice of the universities" and which, quite rightly regards universities as the "centers of democratic culture, locus of dialogue and places of diversity" is particularly troubling. We see in this decision a blatant contradiction, one which has evidently escaped the attention of the last HRK General Assembly.

We therefore appeal to the President of the HRK and to all members of the HRK - i.e. to all rectors of the 268 institutions of higher education in Germany - to revise this resolution so as not to include any parts which go beyond the general condemnation of anti-Semitism and further not to allow the kinds of restrictions of speech prescribed above, restrictions which moreover are clearly inadequate as regulative and compulsory norms for the use of language at our universities.

We would therefore like to ask all those who are directly affected by this HRK resolution - our academic colleagues from all disciplines at German institutions of higher education - to support us in this effort. Support our OBJECTION with your signature to this petition addressed to the HRK leadership!

In the "Comment" field ("Why is the petition important to you?"), please enter your subject area and your (former) university.

Do our fundamental freedoms of freedom of speech, freedom of opinion and freedom of research and teaching also apply to our universities?

Whoever agrees with this statement needs no further justification in order to support the request outlined above. We ourselves have already explained our own motivation for this action in publicly published objections directed toward the HRK, giving both personal and more general arguments. The restrictions we mentioned concerning public reflection on the Israel/Palestine conflict which center on international law and human rights are not only a source of fear for the future but are already in our time a matter of increasingly prevalent practice, one which now could claim legitimacy through this HRK resolution.

See letters to the German Rectors' Conference chair by the initiators of this petition:

Thank you for your support
openpetition.de/!universities 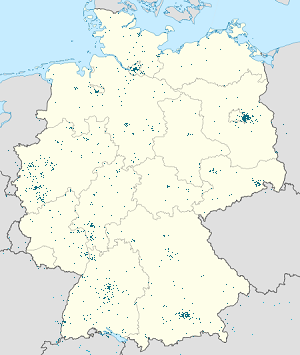 The data refers to 66 statements.