Petitioner not public
Petition is directed to
Burkhard Jung, Oberbürgermeister der Stadt Leipzig
192 Supporters 174 in Leipzig
The petition was withdrawn by the petitioner

We ask the mayor of the city of Leipzig and the city council not to make some sort of separate arrangement here. The direct election of all 16 migrant members of the Council would be a logical conclusion to the request of the Migrant Council of 19 March 2018. The direct election of all members increases awareness of the Migrant Council, as well as strengthening its authority and recognition among Leipzigers.

For more than 25 years, we have been campaigning for a strong migrant council to be established in the city of Leipzig, and one which gains its legitimacy by being elected by migrants themselves.

In 2008, the City Council decided to set up a Migrant Council with appointed members. In 2014 it stipulated that the members of this council should be elected by all migrants living in Leipzig. Since then, a debate about the design of the electoral process has been ongoing.

In 2018, the Migrant Council presented its proposals for an electoral procedure. The city administration, however, now proposes that only half of the migrant council members – those without German citizenship – should be elected in this way. Naturalised individuals with German citizenship, on the other hand, would continue to be appointed, i.e. selected by the administration.

We believe that all migrant members of the Migrant Council - both those with and without German citizenship - should obtain their legitimacy via the same election. This would remedy a democratic deficit by also allowing foreigners excluded from local elections to vote in the body that represents their interests in the city. Naturalised councillors would also be selected by a democratic electoral act. We do not support the division of migrant councillors into those who are elected and those who are appointed.

Thank you for your support
openpetition.de/!vjtkt 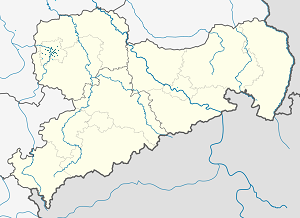